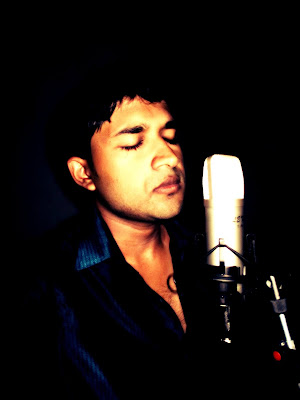 Tariq (Singer/Composer)
Tariq, singer and music composer from a town in the north western province of Sri Lanka called Puttalam was born on August 29th 1990. From his young age, he has had the mere talent as a singer. His first breakthrough came on July 31st 1997 at the cultural hall, Puttalam and won recognition and the best recitation on the Milad - Un - Nabi celebration for reciting Qirat.

During his early days, he used to sing songs as session artist.

He became serious in this music business from 2014. He has sung in variety of languages such as Tamil, Hindi etc. Also songs from the famous movies have been sung in the karaoke version. A few songs of Tariq can be downloaded and heard online.
On October, 2014 he released his first track as an Instrumental version. It featured on digital music stores world-wide and gained good reviews.

Also he gets support and coaching from Suma Venkatesh and Vidya Subramaniyan (carnatic vocalists) where he started learning Hindustani classical music.

He loves to sing in other languages as well such as Malayalam, Telugu and Kannada.

Currently he is working for Hindi album. Lyrics are penned by Mr. Yashdeep from Delhi.