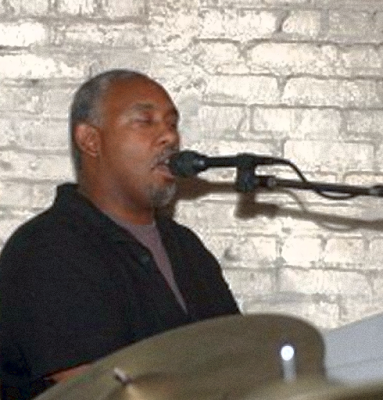 Lee Stowe has proudly been making and teaching music since 1989.  A graduate of Ithaca College in Ithaca, NY, he has taught and played throughout the Hudson Valley region. In addition to public school music teaching, he has been very active as a church organist and choir director, and also as a Musical Director for several local theater companies. Musings Of The Quiet One is his debut album, the culmination of a dream that has spanned decades!

TAKING HIS MUSIC FROM THE CLASSROOM TO THE STAGE
Lee Stowe’s debut album, Musings Of The Quiet One, puts his vocal prowess behind smooth, soulful soundscapes of R&B, jazz, and pop.

(WOODSTOCK, NEW YORK, U.S.A.) MARCH 23rd, 2016 – Multi-talented artist Lee Stowe is taking his musical skills from the classroom to the stage within his debut album Musings Of The Quiet One. Throughout the ten tracks, Stowe blends smooth, soulful soundscapes into a matrix of s tyles. These genres include; R&B, jazz, and pop with hints of rock and country. To Lee, it’s all about being positive and adhering to his motto, “Never tell me what I can’t do, unless you want me to tell you what to do with that statement!” Stowe is now making a strong statement with the release ofMusings Of The Quiet One.


The vast array of genres displayed on Musings Of The Quiet One is the direct result of Stowe’s artistic upbringing and education. He comes from a very musical family who molded him into a talented multi-instrumentalist. He learned piano as well as an assortment of wind and brass instruments while also evolving into an exceptional vocalist. Lee earned his bachelor's degree in Music Education in 1988 at Ithaca College, where he would eventually take a Master's Degree in the subject. While at Ithaca, he studied with many renowned instrumental instructors, includingRamon Salvatore, Mary Ann Covert, Edward Gobrecht. He took vocal lessons from Marion Hanson and studied jazz with Steve Brown, Dave Riley, and Dana Wilson.
In Musings Of The Quiet One, Lee Stowe displays his artistic evolution as he harnesses his muses and pushes his music to the next level. However, bringing the album to fruition was a team effort, as he had the help of co-producer Bobby Farris and engineer Matt Vigna. In this project, Lee shows an uncanny ability to meld a myriad of influences such as of Earth, Wind,and Fire, Chicago, and Stevie Wonder, just to name a few. Stowe’s crafty songwriting appears throughout each of the eight tracks, such as the funky R&B song “Queen Of Babble On.” Other key tracks include “We Groove It Simply,” with its mid-tempo jazz vibe and positive, poignant lyrics. “So In Love With You” is a doo-wop, acapella tune composed by Lee’s talented brother,Lane Stowe. Lee displays a jazz spin on a creative cover of Alice Cooper’s “You And Me.” OnApril 17th, 2016, Lee has been selected to attend the Direct 2 Exec Artist Experience NYC Edition to meet with A&R representatives from Atlantic Records. Lee Stowe is practicing what he teaches, taking his music from the classroom to the stage. With compositions that are always thoughtful, he proves there is wisdom within Musings Of The Quiet One