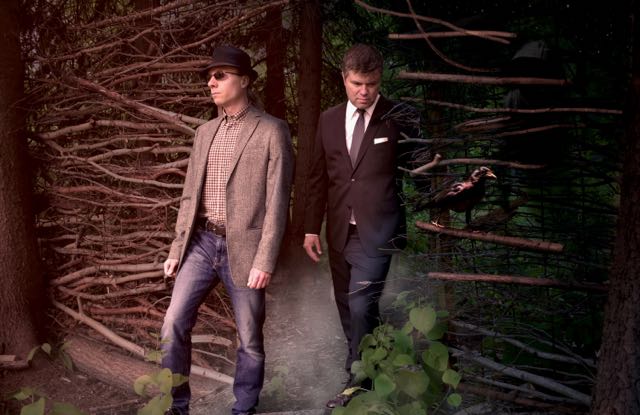 The Impersonators came into being after the demise of Finnish pop/rock band Carmen Gray in 2013 when Tommi Tikka, the other half of Carmen Gray’s songwriting team, joined forces with lyricist Antti Autio to write some new songs.
While Carmen Gray had recorded for major labels, such as Sony and Warner, the Impersonators’ story was going to be different from the get-go. With this particular group, Tikka wanted to have complete artistic control over the songs he recorded to avoid generic and sterile production typical for modern pop/rock.
For quite a while, Tikka auditioned musicians for the new group. However, after three failed attempts to put together a lineup that did justice to the new songs, he decided to make The Impersonators a group of two songwriters rather than a group of four or five musicians. Hence began the search for a great producer rather than the right musicians.
Finally, in early 2017, Tikka teamed up with Janne Saksa, a seasoned professional in making records, who became Tikka’s collaborator in the studio and took over the head producer’s reins from him. Together, they’ve arranged and produced the group’s previous singles “You Are The One," "Burning Blue” and "Broken Snow" and "Effigy" is no exception.
The best way to describe the sound of The Impersonators is to call it sixties-flavored “alternative pop/rock”. Their goal is to nurture and cultivate the creativity, spirit, and warmth that graced the pop records of yesteryears.