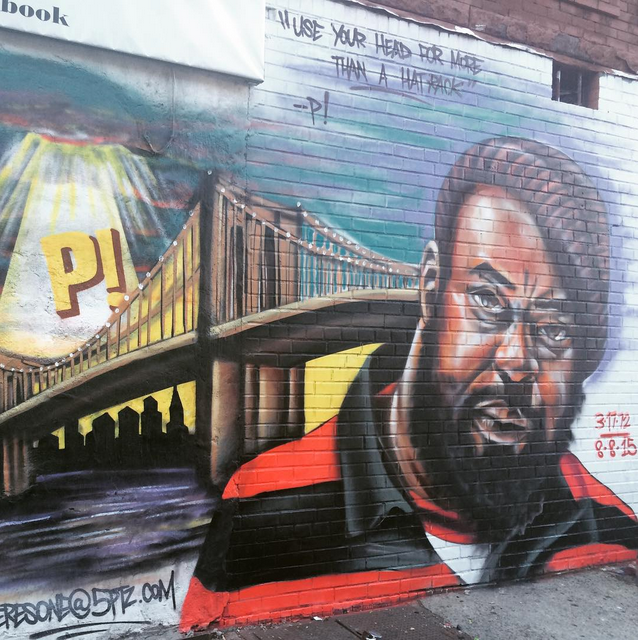 Next month will make it four years since Hip-Hop artist Sean Price passed away. The member of Heltah Skeltah, Boot Camp Clik, and Random Axe was in top creative form. Although accolades came to Price during the 1990s alongside Rockness Monsta, the Brownsville, Brooklyn native had catapulted himself to elite status through solo releases like Monkey Barz and Mic Tyson. Since passing away in his sleep on August 8, 2015, the husband and father has become a beloved figure throughout the Hip-Hop community.
Shortly after Sean’s passing, renowned artist and muralist MeresOne painted a tribute mural in Brooklyn. Like murals of Big L, Big Pun, and Biggie Smalls, the piece of art has become a Hip-Hop landmark, in the same streets in which Price made his home throughout his 43 years of life.
Located at Kingston Avenue and Bergen Street in Crown Heights, that mural’s future is now in jeopardy. Sean’s wife (and sometimes musical collaborator), Bernadette Price, has informed fans that the building attached to the mural has been sold. The new owner allegedly has begun efforts to cover up a visual used in music videos by a host of Rap peers.
“The new [owners] were caught about to paint over his face stating they were ordered to do so. However, I’m doing all that I can, for now, to not let this happen. However August 8 is around the corner, and I’m hoping they don’t violate his mural before then,” Bernadette writes. Ms. Price adds that if the mural is covered up, she is planning with MeresOne to paint another tribute. His label, Duck Down Music, Michael Rapaport, and host of Sean’s friends and peers have expressed their support.
Ambrosia For Heads has created a petition that Sean Price family, friends, and fans can sign to show the powers that be that is more than just a painting on a building.