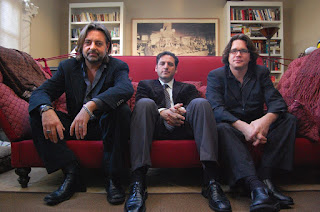 Check out  the latest from LA-based indie rockers Populuxe. Their ear-catching, R&B-touched jams and soulful lyrics bring to mind disparate, but wonderful acts like Spoon and Curtis Mayfield.

A blend between rock and soul sounds, Populuxe display a combination unorthodox in modern and contemporary genre of music. Listening to the music makes you feel like the air is lifting you off the ground and giving a bird's eye view of today's times. The single "Where Did I Go Wrong" asks a question of when did life take a terrible turn. A metaphoric expression using the concept of cause and effect yet in a perspective of disaster. Sometimes when placed in a situation a person tends to ask the specific question on how the world is changing fast upon them. The cover even details this concept; using an egg shell that hatches new life yet the egg shell is broken. 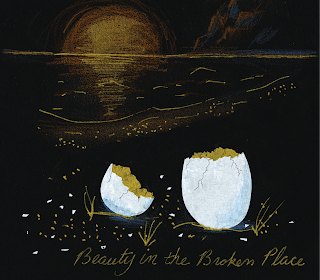 Their newest LP, Beauty in the Broken Place, is a concept album, bordering on rock opera turf - a wide scope, high fidelity sweep grounded by a collective love of Curtis Mayfield, Sly Stone, and Stevie Wonder, and held aloft by an equal love for the complex, shiny dirt of King Crimson, Zappa and Zeppelin; it’s warm and close, with the humanism, defiance, and clear-eyed compassion that defined much of the rock and R&B records of the early 70’s.
The multi-faceted LP holds a mirror to the current Western cultural crisis through the prism of the Tree of Life Synagogue massacre on October 27, 2018, when Shabbat morning services were interrupted by a terrorist assault, resulting in 11 dead and 7 injured. “It’s an event that clearly has much broader implications,” band Spearhead Rob Shapiro reflects. “The massacre hit me hard, and I was incredibly moved when people congregated in Prospect Park that night and spontaneously sang Kaddish (the Jewish prayer of mourning.) That was the moment when the title sort of announced itself to me (“beauty in the broken place”), and within hours I started writing, and then the material and arc just started to pour out. I did my best to ride the biggest wave I ever caught.”

Beauty in the Broken Place opens a realm of poetry foreshadowing both positive and negative in which all aspects of life is recorded through riffs of guitars percussion and other melodic instruments. Deep messages are meant to be heard from an artist or band and are in line of invoking emotion with such creative insight; Populuxe really bring these elements out in their songs which make them a unique group. The album sticks to its themes and even has tracks in between that set the atmosphere of being in darkness. If i had to rate Populuxe on a scale of 1 to 10, i'll give it a 8 for originality a clear message and awesome delivery.


sharable single: "Where Did I Go Wrong"