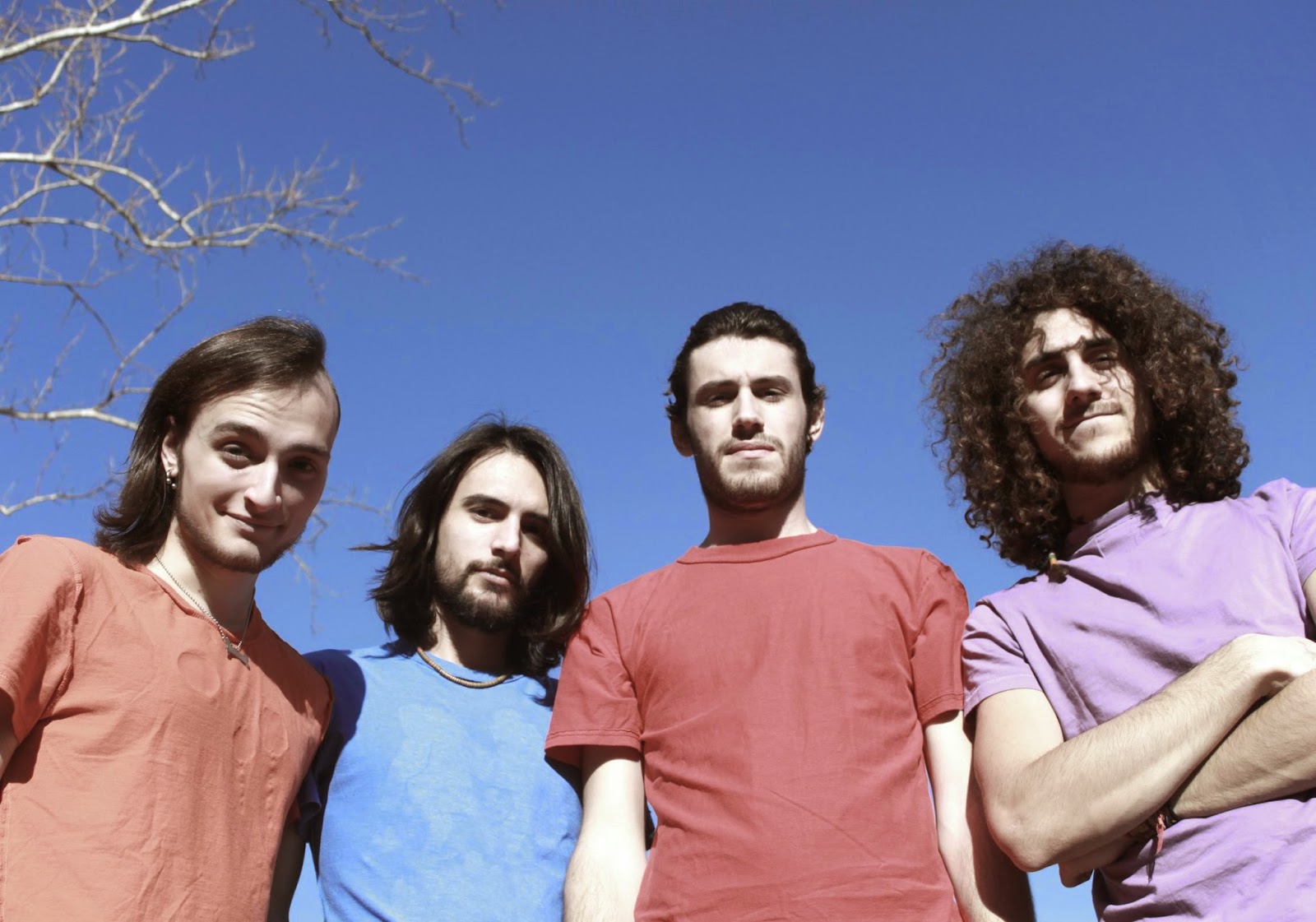 Piqued Jacks describe their sound in their own words: “being able to speak without impediment; having sex in the most intense way possible; expressing ourselves 100%”.   You have to hear it to experience it for yourself.

Piqued Jacks are brave souls. Raised in a small village in Italy, they have methodically made their way from obscurity to Austin, the heart of the indie music scene, performing at SXSW in 2013 and 2014, and sharing the stage with international acts such as Atoms for Peace and Bob Schneider. Their powerful alliance and headstrong vision has resulted in rapid success and the positive flow of their career indicates a confident band gaining serious momentum.
Back in 2006, the Piqued Jacks were anything but serious. They causally acquired the band name after someone dropped a bass during rehearsal. The damaged jack resembled a boner and the boys felt the sexual allusion suited their sound. A few years later, something clicked, a unified connection to the music making process, and from 2010 to 2011 they released two EPs, conquering Italian airwaves (Rai 1, Radio Rai 1).
Sensing something brewing by July of 2012, the boys hunkered down in an old house in the Tuscan countryside for a spiritual retreat, breaking down musical barriers for a new EP. In October of 2012 they were invited to Los Angeles by Grammy Nominated producer Brian Lanese to record with him. Just a Machine came out in January of 2013, and  it's a moody and muscular album with flickering funk guitar mingling with carnal rock, including ecological themes that the Piqued Jacks have always supported with love.
After promoting the EP in Italy, they decided to move the entire outfit to Austin, TX, and they are now all officially Austin transplants. From Fall 2013 to Spring 2014 they toured all over Texas, receiving attention by Earmilk, Balcony TV, Idyllwid Cinema Fest and radio stations all across the US (i.e. WPRK, KSYM, KFAI);  also, the network ITAL has featured their original story in the documentary “Texan-Italian Innovation”. Their latest singles, Upturned Perspectives and No Bazooka, were released in May of 2014 and were encouraged by Matt Noveskey of Blue October in his Orb Recording Studios.
This new material leads the band to a brand new, iridescent eclecticism, paving the way for a new album and tour. Their conviction is stronger and stronger, and their genuine camaraderie is highly palpable in their live show. This talented band of brothers seem to scream “this is not your usual fly by night, ME ME ME group of young men”; they know the strength of their sound and the endurance of their brand was born from their powerful friendship.

From obscurity to the red carpet:
Piqued Jacks three-time Nominees at IMEA Awards
Even thought Piqued Jacks, the alt/funk Italian band of brothers from Italy, stopped touring around Texas right after playing at SXSW, the hype aorund their music didn't go back to the rehearsal room with them.
The International Music and Entertainment Association from Georgia, that recognizes “the excellence within the music industry” worldwide, has just announced THREE nominations for the four Austin transplants at the 2nd edition of the IMEA Awards.

The nominations underline the positive flow of the momentum the band started gaining since 2013, and confirm the Piqued Jacks as one of the most interesting and freshest projects of the US indie music scene.
The spectacular Paramount Arts Center in Kentucky will host the ceremony on October 4th, but wheter the PJs win or not, they'll get on their own red carpet: the one inside the studio, where they're working on the upcoming album.
That basically means, that the best is yet to come.

To support the Piqued Jacks at IMEA Awards, VOTE HERE.