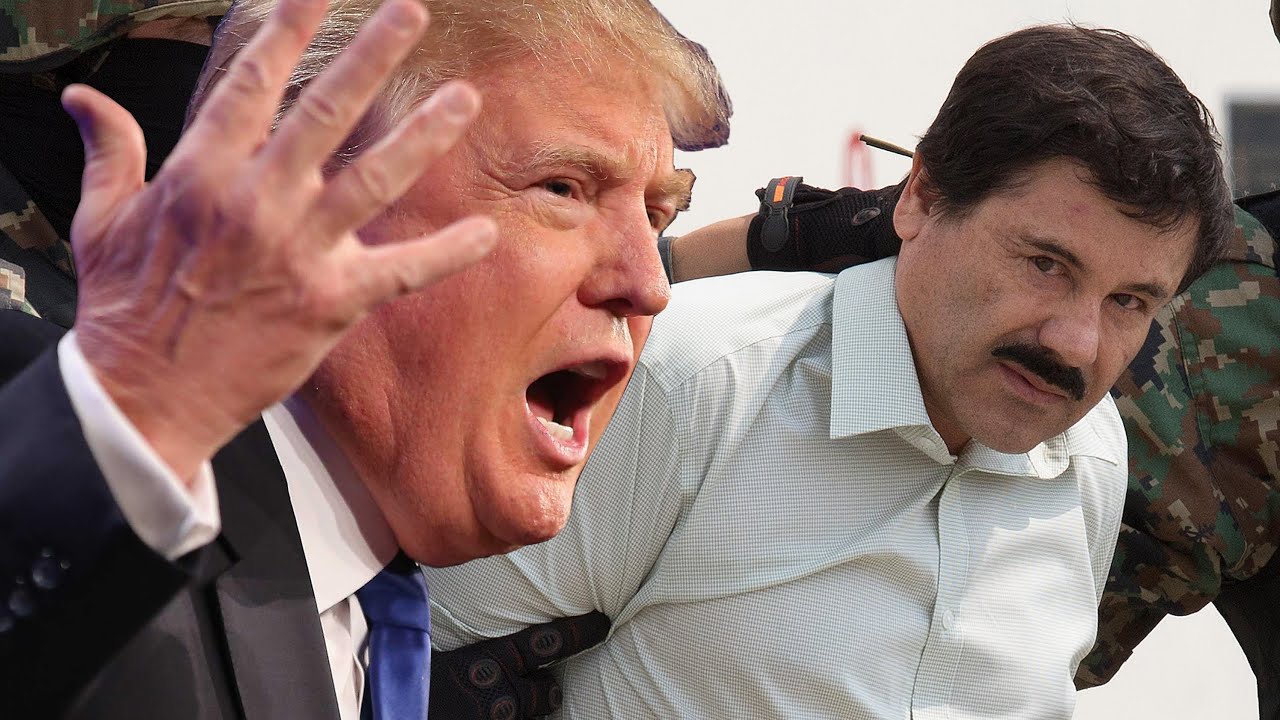 With the temperature outside slowly but surely dipping into winter levels, that annoying little tradition otherwise known as hindsight starts to rear its unabashedly annoying head. 2015, though we still have a little less than three months to completely upend this assessment, has given us the rise (or, in the case of these two gentlemen, the rebirth) of many a legend of pop culture, though two titans of headlines snatching reign bafflingly supreme: Donald Trump, that guy you kind of recognize from that one reality show you could never really bring yourself to watch, is still running for president. El Chapo, that guy whose life is so undeniably similar to the plot of the greatest AMC series you've never seen, is still running from those not keen on his most recent prison escape.
Combining these two highly tweetable figures, of course, results in some obvious fireworks. As previously reported, El Chapo and his family are not huge fans of Trump's laughably stupid statement on so-called immigration reform. Trump, for reasons entirely clear, has taken this disliking quite personally, even going so far as to reportedly enlist the service of the Federal Bureau of Investigation. However, such efforts apparently haven't deterred the increasingly threatening tactics of El Chapo.
Yes, according to TeleSurTV, El Chapo has increased the bounty on Trump's hair hat to a less-than-paltry $100 million. "He was mad," a predictably unnamed source tells the publication. "He wants Donald Trump dead and will pay any amount of money to have Donald Trump’s head."
Meanwhile, the entirety of American politics wishes desperately for Donald to quietly exit the 2016 race for the White House, an exit that would essentially be a gift to the nation too precious for a specific valuation.