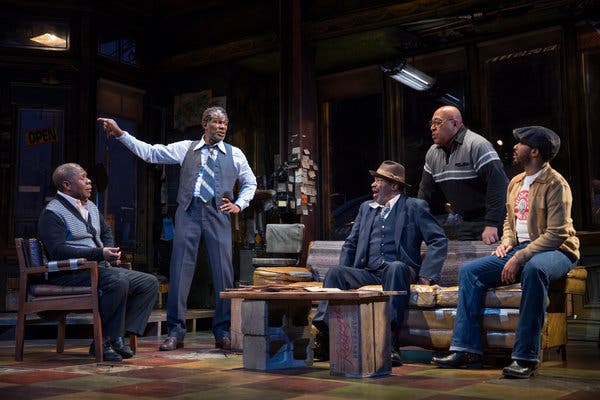 Samuel French, a venerable publisher of American and British play scripts, has been acquired by a fast-growing music industry conglomerate that is making a big move into the theater business.
Concord Music, which started as a jazz label but now owns song catalogs from classical to metal, said Monday that it would establish a new division, Concord Theatricals, to oversee its stage-related holdings, which now include Samuel French.
Concord Music earlier this year acquired Tams-Witmark, a musical theater licensing organization with titles including "A Chorus Line," "Cabaret" and "Hello, Dolly!" Last year it acquired the Rodgers & Hammerstein organization, which has the rights to classics like "The Sound of Music" and "Oklahoma!" as well as "In the Heights." And in 2016 the company established a joint venture with Andrew Lloyd Webber's Really Useful Group called The Musical Company, which licenses shows including "Evita," "Jesus Christ Superstar" and "School of Rock."
The Samuel French acquisition is Concord's first foray into the nonmusical play business. Samuel French, established in 1830, has 10,000 titles, including some musicals — for example, "Fun Home" and "Grease" — but is dominated by dramas written by authors including Edward Albee, Lorraine Hansberry, Arthur Miller and August Wilson.
The company not only publishes plays and musicals, but also licenses them, which means it grants permission for amateur and professional performances in exchange for a fee.
"The reason that this completely makes sense is given the competitive outlook of the industry, especially with Concord having acquired some of the major players — I just knew that competition was going to be a lot more fierce, and we were going to run into some headwinds," said Nate Collins, the president of Samuel French and a great-grandson of one of the company's early-20th-century presidents. "We have been family-owned and operated since 1830, and the outlook of the industry required that we have backing from an institution with more resources."
The Samuel French imprint will continue to exist, and Mr. Collins will become its general manager; the company will move from near Gramercy Park to the Chelsea neighborhood of New York, where Concord has been consolidating its theater operations. Mr. Collins said he expected most of the company's employees to retain their jobs. He said the merger would benefit playwrights, because it would allow for more technological innovation and stronger relationships with producers.
Concord is now not only publishing and licensing theatrical scripts, but is also releasing cast albums ( including "Come From Away" and this year's revival of "Carousel") and investing in theatrical productions (including the musical "Jagged Little Pill," featuring the songs of Alanis Morissette, which is poised to transfer to Broadway as soon as the producers can find an available theater of suitable size).
"Over the course of the last couple of years these iconic, mostly family-held companies, who have carefully curated their shows and the writers they represent, have combined into something that has the scale to service those titles with the best current business practices," said Sean Patrick Flahaven, who has been chief executive of The Musical Company and will now run Concord Theatricals. "Concord is very much interested in signing more shows and more writers and investing in shows, and has the financial ability to do that."
Concord Music is owned by Barings Alternative Investments, Sound Investors, and multiple others. The company says it represents more than 390,000 copyrighted works and expects to have revenue of over $400 million next year.