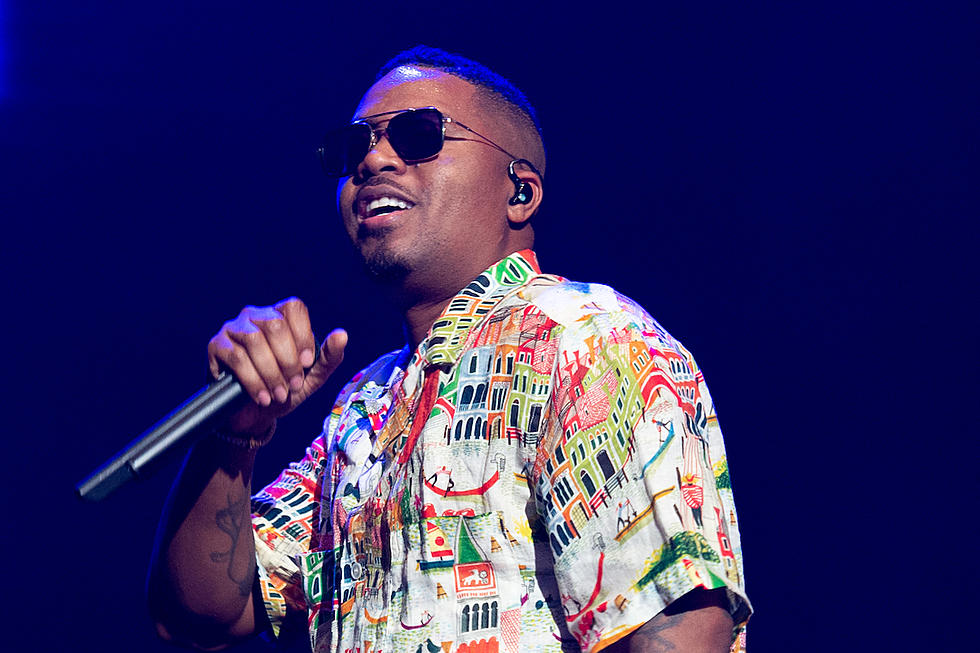 As fans patiently wait for Nas to drop The Lost Tapes 2 album on Friday (July 19), they can rest assured that they won't have to wait 17 years for another Lost Tapes project to be released.
During a listening party for LT2, the Queens rap legend revealed to attendees that he has many songs stashed away in the vault. "I put out the first Lost Tapes 17 years ago," Nas said in a video that was posted on 2 Cool 2 Blog's Twitter account on Wednesday (July 17). "Since then, you can imagine I piled up a lot of songs since then. So I got enough for Lost Tapes 2 now, and Lost Tapes 3 and Lost Tapes 4."
Nas added that future Lost Tapes projects will be different from the other ones and they will contain tracks scrapped from previous album recording sessions.
"The next one won't be 17 years, each one sounds different," he said. "This one [Lost Tapes 2] is definitely different."
At another point of the brief speech, Nas revealed some of the projects he's got song scraps from. "And we have been doing stuff from the Hip-Hop Is Dead album that didn't make it," he continued. "The Untitled album that didn't make it. Life is Good album that didn't make it. And there's old stuff in-between."
The Lost Tapes 2 is said to feature 16 previously unreleased tracks from various recording sessions. Veteran producers RZA, Pharrell, Swizz Beatz, No I.D., The Alchemist, Kanye West, Statik Selektah and Hit-Boy have reportedly contributed beats on the release.
The set's first single from The Lost Tapes 2 project is the piano-driven "Jarreau of Rap (Skatt Attack)" featuring the late jazz singer Al Jarreau.