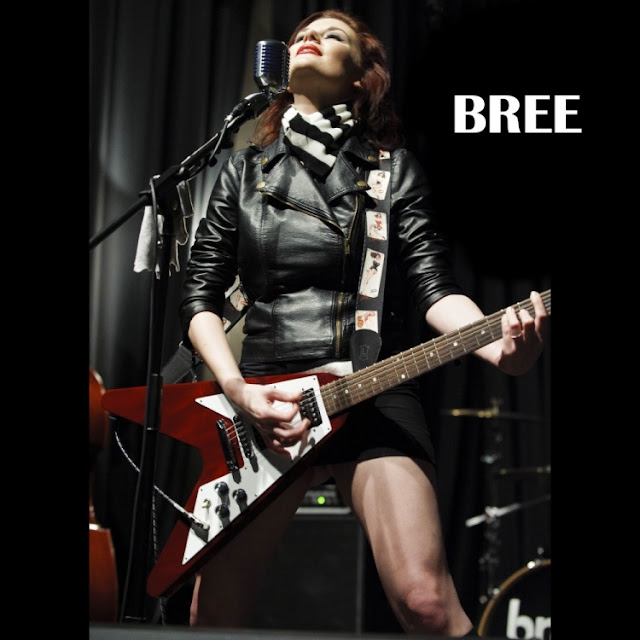 BREE
Webpage: http://Nashville.com/Bree
Location: Nashville, TN, USA Biography:
In a world where much of rock has lost its passion in a soulless sterility of studio smoke and mirrors comes BREE - a 22-year-old Christian cult castaway from Harrisburg, Oregon (her father threw her out at 17) who discovered the truth the first time she plugged into a Gibson Flying V and cranked up a vintage Marshall amp.

BREE met drummer/manager David J Castello on her 21st birthday (07/22/10) in Palm Springs, California and by the summer of 2011 they'd made their way to Nashville where they met stand-up bassist Mayrk McNeely performing with his band at the Whisky Bent Saloon.

BREE’s video for her first single WHISKY rocked the house in Nashville where it was filmed in the grand ballroom of the historic Smith House at The Standard (built 1845).

Directed by Marcel, recorded at the House of Blues/Anarchy Studios and produced by Bob Ezrin's crack engineer Justin Cortelyou, Whisky was written by BREE and features her on vocals and guitar, Mayrk McNeely on standup bass and David J Castello on drums. BREE’s music is uniquely her own and inspired by classic influences ranging from Buddy Holly, Eddie Cochran and Patsy Cline to The Beatles, The Who and Humble Pie. BREE