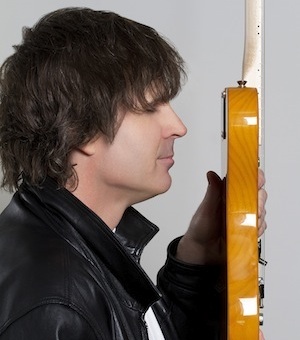 Biography:
Doug Tidstrand is an L.A.-based singer/songwriter. His debut album, “Everything I Am,” is in final production and the songs are currently being previewed by various audiences. Doug is one of five boys, all musically gifted in their own right. At Doug’s 1990 wedding to his wife and writing partner, lyricist Jennifer Miller, “The Tuxedos” made their debut. An impromptu jam session at the wedding led the five brothers (in their “tuxedos”) to play at various family and social events. A family trip to the Hollywood Bowl at the age of 8 gave Doug his great epiphany. He absorbed the sounds of each and every instrument and knew that he had found his calling. A music scholarship to California State University, Northridge afforded Doug the opportunity to major in voice and further hone his natural talents. In addition to his upcoming record, Doug has scored a number of independent films, tv specials and worked with some of L.A.’s finest and most sought-after studio session musicians. “Everything I Am” is a culmination of years of experience, a tremendous musical and vocal talent, and collaborative efforts with extremely talented and seasoned musicians and lyricists. Doug Tidstrand


Doug Tidstrand Releases Debut Album “Everything I Am” May 15th

May 15th, 2012 – Los Angeles, CA – Doug Tidstrand’s long-awaited debut album “Everything I Am” is available everywhere May 15th through Blue Chair Music. Tidstrand’s ten-track album is the culmination of years of writing and performing, and showcases this LA-based singer/songwriter’s true musical talents.

Tidstrand has a long musical history. He received a full music scholarship to Cal State Northridge, which afforded him the opportunity to major in voice and further hone his natural talents. Combining his classical training with his rock style vocals, Tidstrand continued to write, record and perform his original songs. In 2008, he began cultivating material for what would eventually become “Everything I Am.”

From title track “Everything I Am” to “I’ll See You Through” and “Can’t Let You Go,” Tidstrand brings the listener on a journey that evokes strong emotion driven from his heartfelt lyrics. Tracks “War is Over” and “I Bleed” tackles heavier issues lyrically, but are complimented by Tidstrand’s warm vocals.

“Everything I Am” is a culmination of years of experience, and collaborative efforts with extremely talented and seasoned musicians and lyricists," says Tidstrand.

In addition to releasing his debut, Tidstrand has scored a number of independent films and TV specials, including “Long Distance Princess,” and “Empress Vampire.” He has also worked with some of LA’s finest and most sought-after studio session musicians.

To preview “Everything I Am” visit:


View the official music video for “I’ll See Through You” here: http://www.youtube.com/watch?v=WQlzQ8GlMHc&feature=youtu.be www.dougtidstrand.com

BFM Digital is a global digital music company committed to serving the independent music community and delivering quality music, spoken word and video content to leading online retailers worldwide. Representing a diverse catalog of indie labels, artists and publishers, BFM distributes to all of the major music services including iTunes, Amazon, Spotify, Youtube, Google Music, Beatport, Rhapsody, Zune, eMusic, and many more. With an unparalleled commitment to personalized service, BFM works closely with their content providers from around the world to ensure maximum exposure of their catalog by customizing marketing efforts and building strong relationships with BFM's digital store partners.