Phoniks is a hip-hop producer from Portland, Maine known for his vintage-90's boom-bap production style and melodic jazz and soul samples. The 23-year old producer released the critically acclaimed "Return to the Golden Era" album with emcee Awon on July 30th, 2013 as well as a series of successful remix albums between 2011-2014. On February 15th, 2014 he is releasing “Stories from the Brass Section”, a collaborative LP with Houston emcee Anti-Lilly. 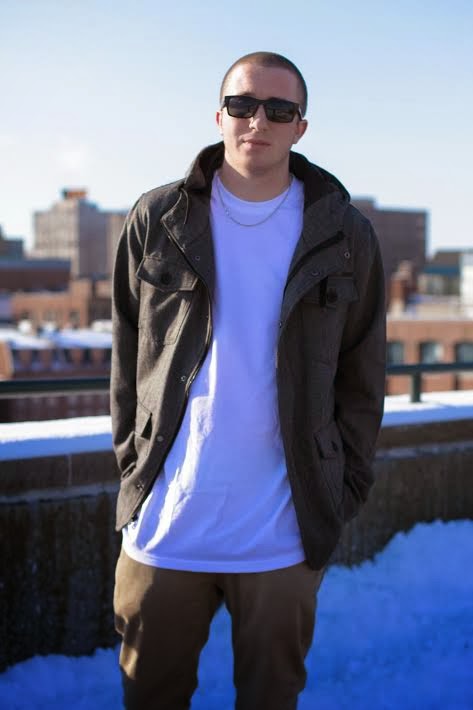 Who are some of your favorite artists?

I mostly listen to 90’s New York stuff like Gang Starr, Pete Rock & CL Smooth, Nas, Tribe, Jay-Z, etc. As far as new stuff I like Marco Polo, Doom, Statik Selektah, and Damu The Fudgemunk (my favorite current beat maker). I don’t listen to very much new music except for the occasional song and I’d rather not listen to 90% of the hip-hop that is being made today.

Do you think the music industry has changed? If so in what way?

The internet has revolutionized the music industry. It allows me to collaborate on albums with emcees all over the country without having to leave my home and it gives artists who may not live in major metropolitan areas a chance to be heard. A music blog can just as easily post a song from an artist in Hungary as it can an artist from Los Angeles, which is awesome because there’s a lot of great hip-hop being made in areas of the world you would never expect.

Besides being addicted to Chipotle, my all-time favorite meal is fish tacos. Corn tortilla, fried white fish, shredded cabbage, avocado, and chipotle mayo. A little known fact is that outside of chef-ing up beats I can also cook a little bit. I hope to one day retire and open my own restaurant.

What does it take for you to be inspired to do a new song?

A good sample and some weed.

If you had to do something other than music what would it be?

Outside of producing I am also an artist and graphic designer. I do the cover artwork for all my albums and Soundcloud singles and I also run my own graphic design company on the side.

What have you accomplished so far?

I’ve been featured in Respect Magazine, The Find Mag, The Word Is Bond, 2DopeBoyz, DJBooth.net, and the legendary hip-hop magazine The Source. I’ve had the #1 hip-hop song on Soundcloud.com (“Lost Girls” with Dephlow) and the #1 hip-hop album on Bandcamp.com (“Return to the Golden Era” with Awon). I recently reached 700,000+ combined plays on Soundcloud. My greatest accomplishment to date is getting my album pressed to wax by French hip-hop label Sergent Records. As a crate digger and vinyl fanatic it was the coolest moment in the world when I first saw my own record on wax.

What can we expect from you in the future?

I want to be regarded as a top-10 producer in hip-hop and I plan on outworking everybody until I reach that pedestal. I only started taking music seriously about 6 months ago and now it has become my full-time job so I plan on just continuing to put out music and hope for the best.