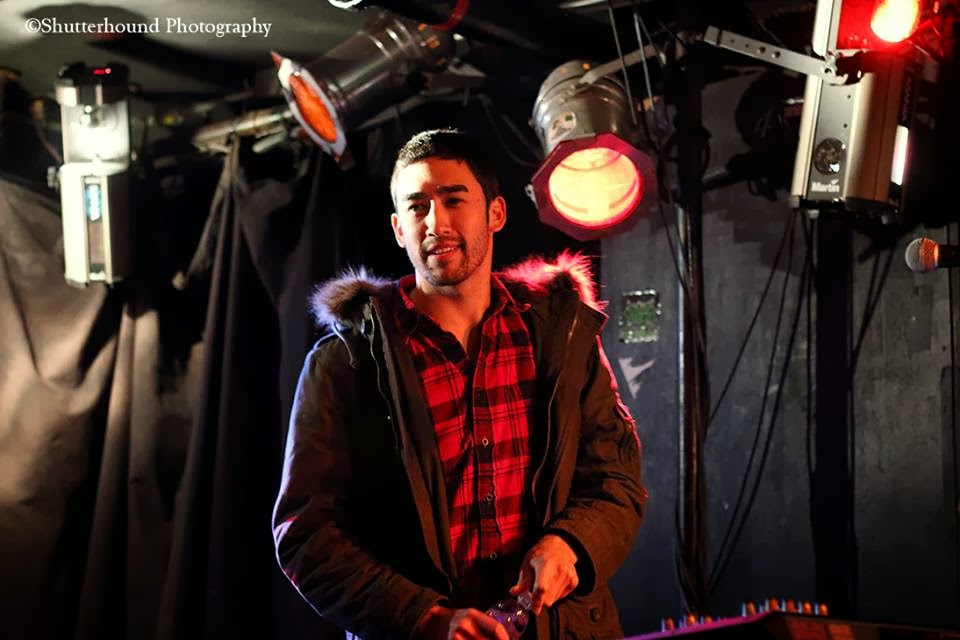 How did you first decide to do music?? And what made you pick this genre??
- I've been playing in bands for 10 years now. However, at this point, I feel like I am finally making the type of music I like listening to. I really connect well with the rest of the band. I think this genre of 'producer as the artist' is really taking off in a good direction, but having Kristine, Kevin, and Nacor playing live instruments on top of the digital stuff I am doing really takes it to the next level.

What does it take for you to be inspired to do a new song??
- It's hard because sometimes I'll sit with a couple of samples and can't find anything I like and then in one night bang out 3 new songs.

Who are some of your favorite artist??
- Broken Social Scene, TV on the Radio, Dom Kennedy, Andre 3000, Kanye
Where did you grow up?? And do you think that had any influence on your style??
- I moved a lot growing up. I was born in the south but lived in Hawai'i for a few years and now I've been in Brooklyn for the past 3 years. I definitely feel like I've been blessed with the opportunity to see different states and get to know the different sounds of the regions. I think that comes across in the music.
What can we expect from you in the future??
- We have a lot coming out in the near future. We are dropping a remixtape of remixes, mash-ups, and edits in March. After that, we are putting out an EP early Summer. Meanwhile, we are working on our next album. That one is going to feature a bunch of artists and not have any samples.


How has music affected the young community??
- I think these days, young people have access to so much good music. I was really starting to get into music right before Napster blew up. All of a sudden, any song I could think of was accessible. Now that the legality of sharing music on the internet has been somewhat sorted out with sites like Spotify, anyone with an internet connection can hear entire albums for free. I think we take that for granted. Also, young people are realizing that they can put their art out to the world. You can write a song and post it to YouTube, SoundCloud, BandCamp, etc. without needing any middle-man. I think that encourages young people to be creative.

If you had to do something other than music what would it be??
- I couldn't imagine not working with music. Currently, I am working as an audio engineer and finishing my Master's in Fine Arts for Audio Production. But If I wasn't doing music, I would teach. I've always had that on the back of my mind as something I wanted to do.
This picture was taken by Shutterhound Photography