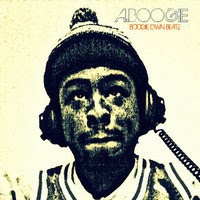 Interview with Ace B. Boogie

How did you first decide to do music?? And what made you pick this genre??
It’s funny because in my opinion everyone wants to do music and I say that because music has the strange power to interject emotion into the human experience. Everyone has a few favorite songs or tunes that make them feel a certain way when they hear it. The power of music is an incredible feeling everyone would love to sing that song that everyone knows the words to and vibes off of.  Some people have chosen to try and harness some of that power because they feel they have a message worth delivering to the masses and all they need is that musical medium as the source to deliver that message.
For me I chose to start making music myself because I wanted to be the one who played all the songs everybody wanted to here.  It innocently happened in the presence of a friend of mine who I had attended high school with who by chance ended up at the same college with me.  When I talked to him he was showing me all these pictures of famous people he had seen or come into contact with by being a DJ on the radio when we were in high school. I would stand in his dorm room and watch him mix and scratch mixes together.  Eventually standing and watching wasn’t enough for me so he would show how to scratch and mix and would allow me to practice some days. It was in those days of learning about BPMs and playing with the tempo of songs that I would hear sounds at different pitches and would put together in my head “that would sound good with some different drums  at this tempo instead of the original.”  Meanwhile  at that same time the dorm we were staying in there was another guy there who messed around with music, had a keyboard and it had the ability to record patterns. It was nothing fancy but he would allow me to fool around on it Till this day I could not even tell you what those patterns even sounded like but it was that day in that dorm room late at night that I was hooked to making music. It was the most therapeutic thing I had  done in my 19 year old life at that time.   Hip Hop has always been an open vehicle for expressing the themes and stories of urban life and since I think that some of those stories need to be told those artist who tell those stories will need fresh pages (beats) to write them on and to.  I always wanted to be the “page provider”, one of the canvas makers for the artist. After making enough pages and canvases you start to develop your own ideas and stories that you want to now illustrate. So my whole journey has touched a lot of aspects of music I have studied and attempted to learn DJing and the art of mixing which is where it started. That led me to beat making which taught me about bars and hooks and how to lay that out for a successful beat. Which led me to taking my thoughts and feelings about a particular subject and being able to verbalize that over music that I myself or others have created.
What does it take for you to be inspired to do a new song??
My inspiration is dependent on what I am really trying to accomplish with the music. I have several different modes that my mind can be in because I have several different skills sets. I produce and make beats, I mix and DJ, I write and rap  and my mind goes these cycles of inspiration in each one of those areas. If my mind is in a producer mode then my inspiration draws from any  and everything that has to do with sound or anything musically related like. For example if my mind is in producer mode and I am in the grocery store and a song is playing over the store PA system, I can drain out  the noise of the grocery store and hear that song. Which will excite me because it’s a song which is a good idea to sample.  If I catch the tail end of a song going off on the radio with a catchy melody, I will take those ideas and play with them all day in my head.  Then I will go and sit down. With my imagination and inspiration to continually getting better at my craft I “go to work”  as I like to call it because it is work and it’s work I like to do.
Its work I would love to get paid to do all day full time. It’s work that I don’t mind getting up early to do or don’t mind staying late working overtime to do.  It’s work but its beautiful work.
Who are some of your favorite artist??
I have my classic Hip hop practitioner favorites like Jay- Z , Bun B Outkast, Jeezy, K.Lamar,  Pusha T, Curren$y, Wiz etc. but I have recently been watching and listening to up and coming cats like Schoolboy Q Childish Gambino  Chance the Rapper ,Cousin Fik , Danny Brown etc. As a producer and DJ/Mix maker  I am fan of artist like: Kanye(of Course) No ID, Just Blaze, Mike Will, Sango, Cashmere Cat, Trippy Turtle, MORRI$ Sinjin Hawke, Hudson Mohawk, Lunice,  SALVA and Chrome Sparks.

Where did you grow up?? And do you think that had any influence on your style??
I grew up in St. Louis in the Midwest and a lot of people automatically associate anything that come out of St. Louis musically to Nelly. To say that Nelly had a influence on my music that’s a yes and no answer because Nelly’s hard work and drive showed me that people from this city can be taken seriously musically if you put yourself in the right situations to be on that level.  Nelly and the St. Lunatics gave St. Louis a swag to roll with. St. Louis is a small city with a big city attitude our sports teams do fairly well in competing on a national stage and so we carry that around. Then Nelly comes along and gives us the swag to go with it so I draw inspiration from that whole vibe, but as far as my sound I have always felt I related more to east coast style of production I can listen to Cam and Jay and Nas and Jadakiss and visualize that New York gritty big city street parable, street code type of music from a real big city.
Is this your first interview??
This is my first interview ever in print
If you had to buy a new car, what would it be??
If I could buy a car right now it would be a Audi A8
How has music affected the young community??
Music  has always affect the young community in the 60 and 70s. A lot of the music that was made at that time was aimed at the negative effects of the Vietnam war and you get events like Woodstock and you people having rallies and protesting the government’s actions. Music still has that power but instead of inspiring kids to what now would be seen as being unruly like protest the wrong doings of our society, it inspires kids to all aspire to be entertainers and athletes which there is nothing wrong with that but if everyone is trying to be rich and famous entertainers who will be running the country who will be the lawyers and doctors of tomorrow if everyone wants to be rich and famous entertainers
Have you done any shows??
I have never done any shows I would love to be signed as a DJ/Producer for someone like Hippos in Tanks or LuckyMeRecords and do some live shows in the US and Europe, I guess we’ll see..stay tuned and we’ll see what happens as I continue to evolve in the DJ/Production category