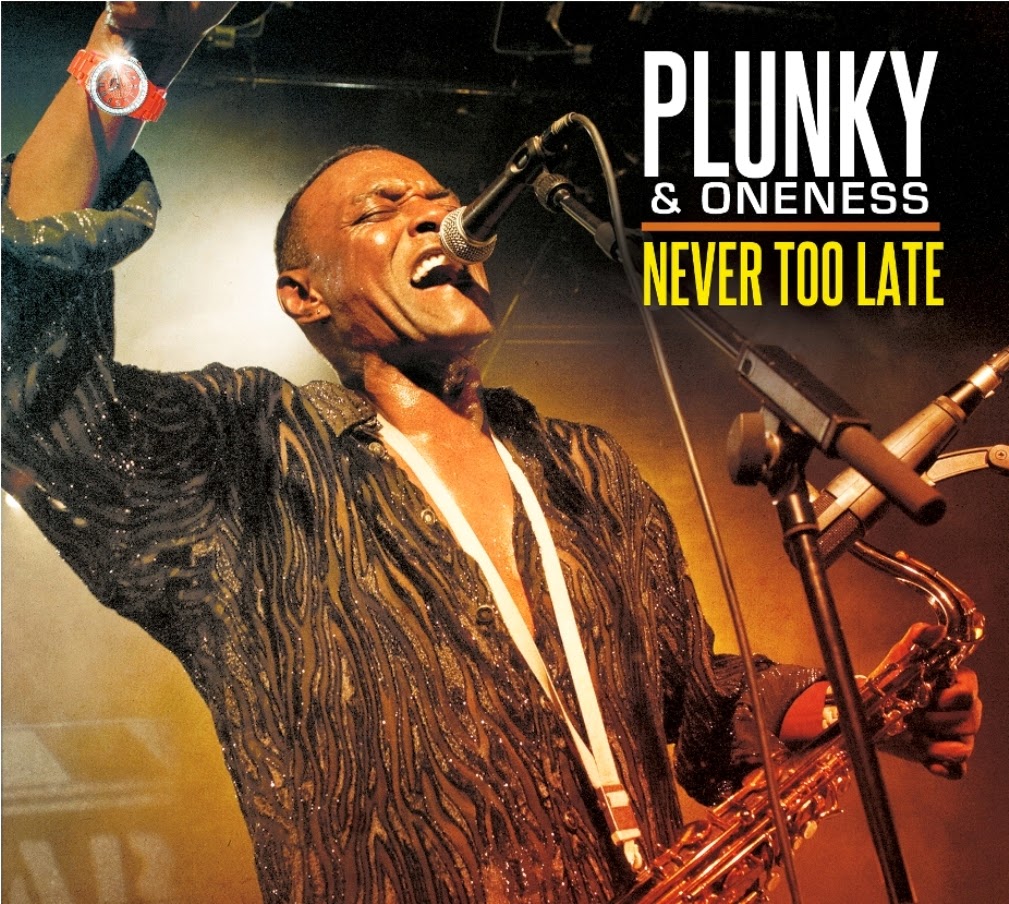 Saxophonist J. Plunky Branch is an experienced performer, songwriter and music and film producer. He is president of his own independent record label, N.A.M.E. Brand Records, through which he has released 25 albums. At one time Plunky was a studio musician for television's top-rated sitcom, "The Cosby Show.” His song “Every Way But Loose” was a top-ten soul music chart hit in London in the 1980’s. He has appeared on avant-garde jazz albums by Pharaoh Sanders, Hamiet Bluiett and others. Nowadays Plunky spends his time leading his band onstage playing rousing funk, R&B, jazz, African, reggae, gospel and rap and making music in his recording studio.

His latest releases are the CD album Never Too Late, the 5-CD compilation Plunky & Oneness 2012 Collectors Box Set; and his DVD Plunky & Oneness of Juju - Live In Paris. Plunky’s European touring has taken him to England, France, Germany, Austria and Switzerland. He twice toured Ghana, West Africa, once for the Ghana National Commission on Children, and again as a cultural specialist for the U.S. Information Agency. Recently he has performed in Paris; traveled to Brazil; and twice to Cuba to research and produce music recordings and a documentary film, Under the Radar – A Survey of Afro-Cuban Music.

With his group, Plunky & Oneness, he has opened shows for Patti Labelle, Ray Charles, Earth Wind & Fire, Yellow Jackets, and Frankie Beverly & Maze, LL Cool J, Chuck Brown, and more. Plunky & Oneness performed at the New Orleans World’s Fair, the National Black Arts Festival in Atlanta (four times) and twice at the Capital Jazz Festival in Maryland. For more than 15 years Plunky has toured continually with support from the Virginia Commission for the Arts (VCA).

Plunky’s career accomplishments are as varied as his music and his diverse interests, which include: African art and culture, history, digital technology, politics and the media. In addition to being a veteran saxophonist and composer, J. Plunky Branch has served as an administrator, lecturer and teacher. He has been a frequent arts panelist for the Virginia Commission for the Arts, the Mid-Atlantic Arts Foundation and the National Endowment for the Arts (NEA). Plunky is a two-time recipient of NEA Jazz Fellowships and he was appointed to the Governor’s Task Force for the Promotion of the Arts in Virginia. He has been Director of the Jazz Ensemble at Virginia Union University as well as an instructor of Afro-American Music History at Virginia Commonwealth University, both in Richmond.

Recognized by Richmond Magazine as Musician of the Year for 1999, Plunky is a sought after artist-in-residence and performer for public schools systems. He has written film scripts, journals of his travels, poems and over 400 songs.

Throughout his career Plunky has entertained and taught thousands, and in the process, has developed a broad and loyal following. During his 1987 West African tour, critics proclaimed Plunky "one of the greatest living saxophonist!" In a context where rhythm, ritual, power and emotion reign supreme, he just might be!