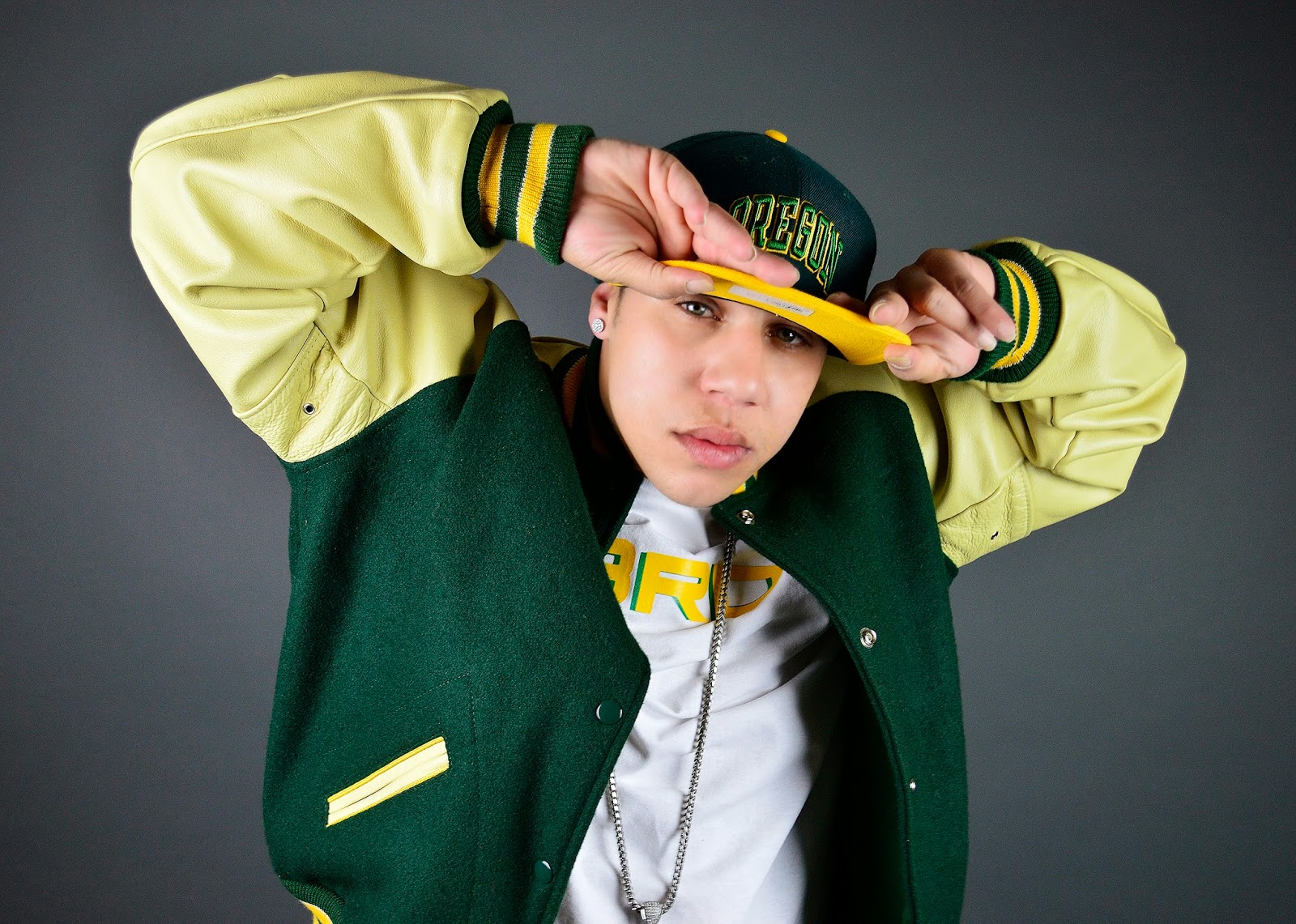 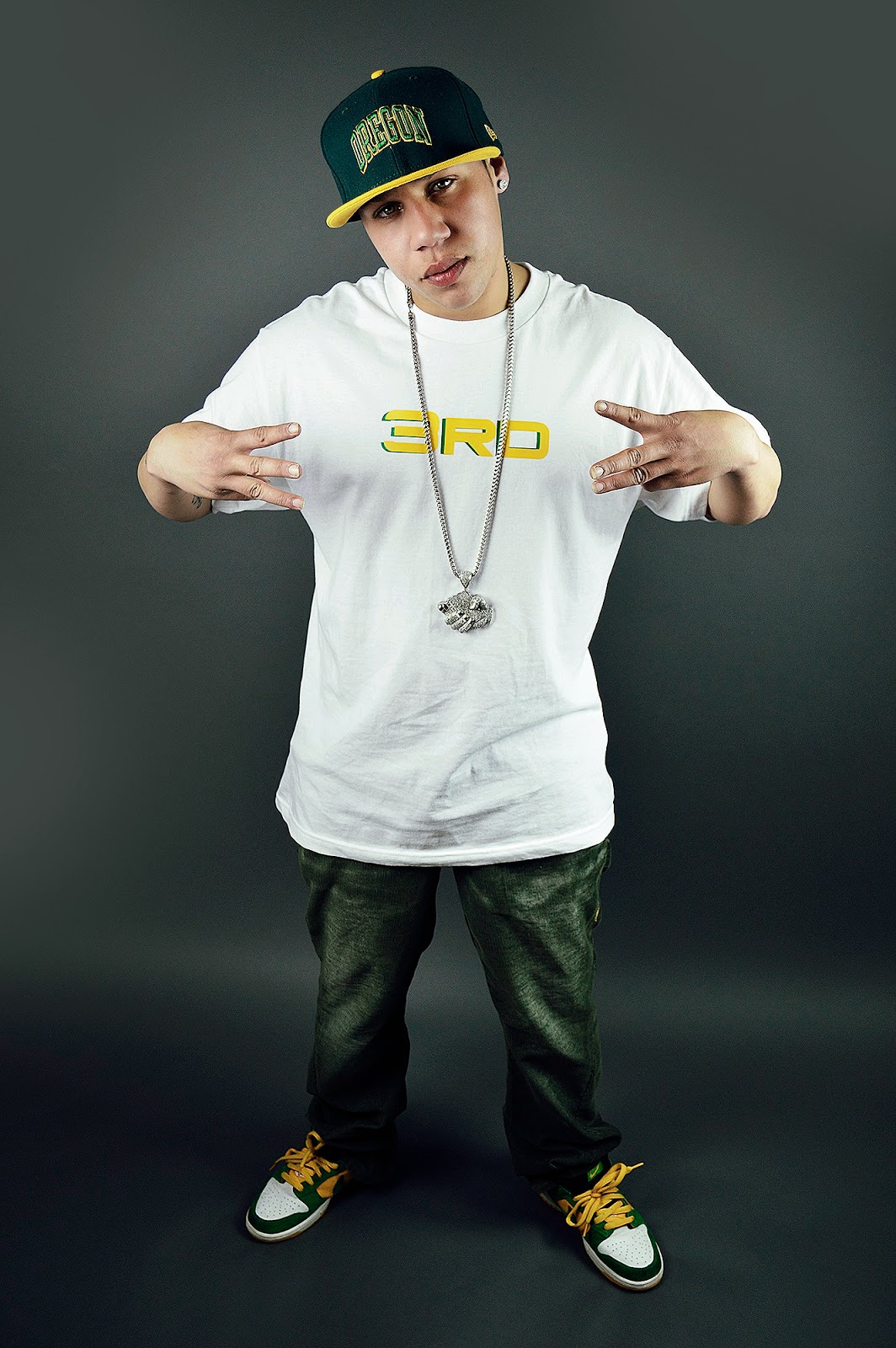 Little Roy, formerly known as Gemini 3rd Twin, now goes by just 3rd
Twin. Born Roy Moore III in Portland, OR. 3rd twin is a 20yr rap veteran
who has done it all from winning rap battles all across the country, to
being signed to a major label. 3rd Twin started writing raps at the
tender age of 12. He landed his first recording contract with DM
entertainment at the age of 14. Konflic his first group, was formed with
three other child hood friends. One of their first performances was at
Portland's second installment of its only local hip hop showcase PO
HOP2. Konflic by far were the youngest to hit the stage. From then on,
Konflic paved the way for the young mc's around town.
Over the years, 3rd Twin was known for his great talent, remarkable word
play and powerful punchlines. He quickly became very popular and known
as the hottest MC and best lyricist in Portland. With a captivating
stage presence to go along with his great talents 3rd twin burst on to
the Portland Hip Hop scene.
In 1999, 3rd Twin joined forces with another local rap group Pros and
Cons. This was an 8 member group bred out of the great Northwest.
Similar to New York's version of the WU-Tang Clan. Pros and Cons went on
to become Portland's highest selling rap group, selling well over 20,000
units between two albums. Between 2000-2002 Pros and Cons traveled
across the United States and on to Mexico showcasing their talents.
In 2003, 3rd Twin and two of his fellow group members from Pros and Cons
branched off to form a group called DNA (DeNied Access) and got their
big break signing to a major record label Bogata' Records/Universal. The
company owned and operated by 6-time NBA Allstar Jermaine O'neal. The
group eventually moved to Atlanta, GA where they began recording Their
first album. Unfortunately the hardships of being in the music business
prevented them from putting out an album.
In 2005 3rd Twin moved back to Portland and began working and recording
his first solo project. This classic album was never released due to a
burglary at the studio where he was recording and all his music was
stolen.
In 2008 3rd Twin then relocated to Las Vegas with his two fellow DNA
members where they formed the Label Wallstreet Records and began
recording in Las Vegas. It was there that he would cross paths with his
now Producer/Engineer Grammy winner Tiger Roberts who won a Grammy for
producing the Iconic Gladys Knight. 3rd Twin made a big buzz in Las
Vegas even getting the attention and eventually was offered a contract
from the Great Pound for Pound Champion Floyd Mayweather's record label
Philty Rich Records. After contract negotiations stalled 3rd twin
decided to take the Independent route and is now back with a vengeance
and ready to make his statement in the Hip Hop industry. His Latest
Single "future in ya stuntin" has the internet in a frenzy and the city
of Portland Highly anticipating his long over due solo album. In the
words of 3rd twin "there are no bests just favorites" so get ready
because he's shooting to be your favorite.

Portland, Oregon 10/27/2014 — Art Deco Images [7] agrees to become
Thorn City Syndicates [8] exclusive advertising agency to promote the
brand and its artist like 3rd Twin through its brand new Music Store 2
The Future with its “Go Green” Point of Purchase Concepts through
the advancement and [7]acceleration of QR code technology placed within
Point of Purchase concepts and capabilities in a variety of styles of
technology. ATM video point of purchase ads, interactive video mirror
ads, taxi-screen ads, point of purchase t-shirts, sunglasses and more!
CEO of Art Deco Images Dorthea Curry-Mz Dolla Opportunity [9] is set to
become the next great big mogul in the music entertainment industry
changing the game with the Music Store 2 The Future. Over the weekend of
Oct. 16th-19th, Diddy organized the first-ever Revolt Music Conference
[10] at the Fontainbleau Miami Beach. Mz Dolla Opportunity was invited
to enter the NewMe Pitch Competiton, she unveiled the :” Got Game
Digital” Mun Ray Selling Shades. The conference brought together
titans of the music industry together for panels and music showcases
where guest could learn the ins and outs of the business.

Thorn City Syndicate [11]is a brand new artist management and music
production company based in Portland, Oregon. The company provides
personalized artist management services to local and blossoming musical
artists. The company takes an all-encompassing approach to its
management aspects, as it supervises the artists’ merchandise, and
promotional aspects to help put artists on the path to success. Thorn
City Syndicate began with an idea between two childhood best friends and
Grammy-Award winning engineer/producer. Na’eem Hall, Tiger Roberts,
and Roy Moore III, 3rd Twin [2] the first artist represented by Thorn
City Syndicate. 3rd Twin recently performed at King of Diamonds in
Miami, FL and the Jet Lounge [12]in Houston, TX. While in Houston 3rd
Twin was interviewed on the Life of a Go Getta show on TexasJams101.
Also interviewed by Jay Sharp on the Indie Evolution Online Radio [13]
in Las Vegas, NV, DJ Cisco Radio Network [14] in Brooklyn, NY and Psych
Word Radio Show WNHU 88.7fm [15]in New Haven, CT. 3rd Twin a 20yr rap
veteran and former member of the legendary local rap group Pros and Conz
an 8-member group similar to New York's version of the WU-Tang Clan.
Pros and Conz went on to become Portland's highest selling rap group,
selling over 20,000 units between two albums in 2000-2002. 3rd Twin has
a great write up in Virginia based Stardom101 magazine [16]. Been
featured on three nationally promoted mixtapes on DatPiff.com His latest
single “Knock it Out” [17]on the KOD Summer Jam 2014 Official
Mixtape [18], self-titled track “3rd” on the Twitter Beef Mixtape
[19] and the last track on YMCMB’s Young Money Unsigned Hype vol.10
[20]. Tiger Roberts [21] received a Grammy Award for best traditional
R&B album for his work with the Icon Gladys Knight. Thorn City Syndicate
[22] is owned and operated by Na'eem Hall. Mr. Hall has over 20 years of
experience within the entertainment industry, and is currently
responsible for the day- to-day operations of the business.
------
http://youtu.be/CFlwNsImfuA
http://www.3rdtwin.com/
http://www./
http://itunes.com/3rdtwin
http://youtube.com/3rdtwin12
http://www.thorncitysyndiacte.com/
http://www.artdecoimages.net/
http://www.thorncitysyndicate.com/
https://www.linkedin.com/profile/view?id=34354692&amp;authType=OUT_OF_NETWORK&amp;authToken=2J5B&amp;locale=en_US&amp;srchid=3456555741414433125262&amp;srchindex=1&amp;srchtotal=1&amp;trk=vsrp_people_res_name&amp;trkInfo=VSRPsearchId%3A3456555741414433125262%2CVSRPtargetId%3A34354692%2CVSRPcmpt%3Aprimary
https://secure.revoltmusicconference.com/event/RevoltMusicConference
http://www.throncitysyndicate.com/
http://youtu.be/UmZWGr7o2tA
http://3rdtwin.com/track/690361/indie-evolution-interview-las-vegas?autostart=true
http://3rdtwin.com/track/690376/dj-cisco-radio-interview-new-york-city?autostart=true
http://3rdtwin.com/track/690368/psychword-radio-interview-connecticut?autostart=true
http://www.stardom101mag.com/
http://3rdtwin.com/track/690349/knock-it-out-produced-by-dnyce-of-elite-producers-production-group?autostart=true
http://www.datpiff.com/KOD-DJS-Kod-Summerjam-2014-Official-Mixtape.628983.html
http://www.datpiff.com/Rich-Homie-Quan-Twitter-Beef-mixtape.616958.html
http://www.datpiff.com/Grind-Nation-ymcmb-Young-Money-Unsign-Hype-Vol-10-mixtape.642610.html
http://www.blogtalkradio.com/prxperts/2011/06/13/interview-with-grammy-award-winning-producer-tiger-roberts
http://www.thorncitysyndciate.com/