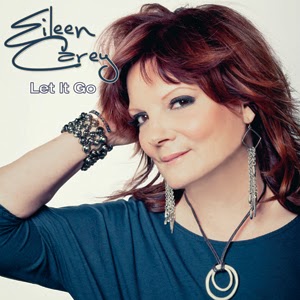 She is a two time LA Music Award winner. She has also won a South Bay and currently has two nominations for country song of the year for the title track "Let It Go, as well as, “Bottle Your Crazy Up" with the Hollywood Music in Media Awards. She is also a Supercuts #RockTheCut Artist Ambassador, and just this past year appeared on Nickelodeon's TakeMeToYourMother.com as a featured artist. She was the Spotlight Artist this past July for the 6th Annual SummerFest on Venice Beach for the Make A Wish Foundation, among the many sponsors. She regularly appears at the Orange County Fair, L.A. County Fair, Saw Dust Arts Festival, Del Mar etc. Played the House of Blues Sunset, The Grand Ole’ Echo , The Doll Factory (Women’s Roller Derby); both Rippy’s & Honky Tonk Central in Nashville, among others this past year.
Eileen has a solid and active fan base and a strong footprint in all the social media platforms; and the Pasadena Weekly ran a very informative cover feature on her this past July. http://eileencarey.com/site/pasadena-weekly-country-in-the-sand/
If you folks line dance, here is a YouTube link to “Bottle Your Crazy Up” the dance video. Choreographed by Randy Pelletier to Eileen Carey’s Bottle Your Crazy Up
https://www.youtube.com/watch?v=jyex3bDKVXQ&list=UUEXvjkZOa8TUdQQNIAhttIA
What makes Eileen Carey really special though is her willingness to put real time and effort into others. She is currently putting together a fundraiser early next year here in Los Angeles for the non-profit Fix Nation (A clinic for rescued cats), which her husband Joe and her volunteer at routinely. Here is a recent piece on Fix Nation which quotes Joe at work there.
http://www.scpr.org/news/2014/09/24/46924/you-could-win-25-million-by-fixing-dogs-and-cats
In March of 2013, CBS Los Angeles called Eileen Carey as one of the top 10 rising female musicians in Los Angeles  “…while she remains an independent artist, she has been likened to many of Nashville’s biggest country stars.” CBS Los Angeles, March 2013 http://losangeles.cbslocal.com/top-lists/las-up-and-coming-female-musicians/
Joey Alkes 4 Eileen Carey