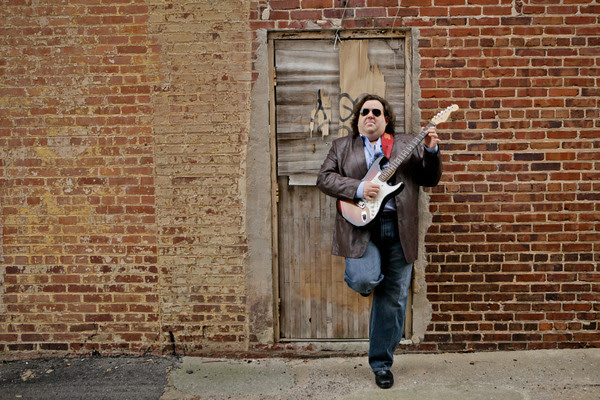 (Macon, GA) February 16, 2015  –  Joey Stuckey, Macon’s music ambassador, will be travelling to London for a 10 day tour in just a few weeks. The tour will include a two-day conference for visually impaired musicians on March 10 and 11. Joey will be performing and speaking during the conference. His single, ‘Blind Man Drivin’ will be featured as the theme song of the conference and released at the trendy Ivey House in London on March 12.

The Visually-Impaired Musicians’ Lives conference will be held at the University of London’s School of Education. Their mission is to “bring together visually-impaired performers, music teachers (sighted and visually-impaired), researchers concerned with visual impairment and music, representatives from the music industry and organizations in this arena. It will address key issues surrounding the musical participation and learning of visually-impaired people, including: music education and lifelong learning; participation choices and approaches to music; the relationship between musical approaches, musical genre and sight; and how technologies are shaping the music-making of visually-impaired people. These will be explored through presentations and performances.”

For many years, Joey has worked to improve the lives of those around him through music. Working to further the mission of enhancing music education remains Joey’s top objective. The conference has given Joey the opportunity to share his passion for music education. “As a blind person and brain tumor survivor, I have some limitations physically. But I am so excited to share [personal] inspirational insights with the University of London and the Blind Musicians’ Lives Conference attendees. My talk about living a successful life as a blind person and brain tumor survivor, making music education accessible for everyone, and a performance of original songs will be the finale of the conference.”

Joey’s single, ‘Blind Man Drivin,’ is the theme song for the conference. According to Doctor David Baker from the University College of London’s Institute of Education, “Joey's participation reflects his great enthusiasm for bringing musicians together and supporting the interests of visually-impaired artists across the globe. We are honored that he has dedicated his new song "Blind Man Drivin" to this event too, which is attracting visually-impaired musicians, specialist music teachers, people working for visual impairment charities, and developers of accessible music technologies from across the world. “


‘Blind Man Drivin’ was written by one of Joey’s closest friends and collaborators, Henry Oliner, who also appears on the ‘Blind Man Drivin’ music video.  The single will be officially released March 12 and the album with the same title will be released in September 2015.

While in London, Joey will be giving talks and performing at various venues. For more information about his tour, Gateway Macon will be featuring daily blogs and photos of Joey beginning March 9 through March 17.

For more information on Joey visit: