Ricko AK IS BACK WITH A HOT SINGLE 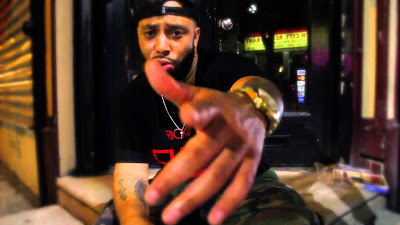 Being a visionary isn’t something that can be obtained; it’s something that you are born with. Born and raised in Anniston, Alabama; Derricko “Ricko AK” Swink started writing music when he was sixteen years old and he quickly developed a fan base that motivated him to pursue his passion for music. With the love and hustle of the music business; Ricko AK uprooted and established himself in Atlanta. It didn’t take long to realize that Ricko AK was no ordinary rapper; he stands on a firm foundation of truth and integrity. As an artist, he knows the struggles that come with the pursuit of success and that has fueled this culture of creativity and leadership within himself and it impacts all those in his presence.
Ricko AK is known for delivering southern -laden street anthems and these beautifully narrated storytelling rhymes over unique beats and instrumentals. His ability of having such a diversified approach to every song he creates while still maintaining a signature melodic flow that is unique only to him is why his music makes such a definitive impact. His music has often been described as abstract; a verbal art and this has solidified him as a lyrical force to be reckoned with.
Constantly raising the benchmark for himself and setting a standard in hip-hop; rapper/songwriter Ricko AK has crafted his own niche in “the industry”. The constant progression in his music career has crowned him (rightfully so) Alabama King. Ricko AK is CEO of the ever-growing Lavish Lyfe brand which includes indie record label Lavish Lyfe Music Group (LLMG), Lavish Lyfe Publishing, and Lavish Lyfe Designs. He is also co-founder of the Atlanta collective The Winner Circle (TWC), in which he is directly connected to the pulse of Atlanta nightlife.
The Alabama King has recently released his biggest project to date, ELEVN, The Mixtape Album. In addition to the release of ELEVN, Ricko AK has joined the GRM No-Sleep Tour (a nationwide tour). When he isn’t touring Ricko AK can be found gracing the stage at some of the hottest venues in Atlanta.
ELEVN is a significant project to Ricko AK; it is his eleventh solo studio project. The highly anticipated mixtape album follows an impressive music catalog that includes his 2007 debut solo project Trademark. The leading single off of Trademark, “V.I. Pimpin Remix” featuring Gotti and Kalako landed in the Top 20 on seven different radio stations in Canada. It also charted on New York’s S.U.R.E. Record Pool’s Hot off the Press” Chart as the No. 1 new single. The 2006 pre-release of the single went on to win Best Bass in Hip Hop as well as other awards. Made in Alabama set the precedent of his legacy of creating classic mixtapes. I Am The Anedote; Chapters 1-7 arrived in late 2007. Ricko AK was featured on the Raw Report: Volume 5, as well as Street and Sheets Volumes 1-3. AK also authored the introductory song “I Love 107.9” for Atlanta’s Hot 107.9 DJ Redd Dredd. His single “I Love Being From Da Souf” featured on DJ Emperor Searcy’s (BME/Hot 107.9) Mix CD. “Bring Another Bottle” was featured on DJ Green Lantern’s Myspace Invasion 5 and Ricko had the opportunity to work with multi-Grammy winning producer Deezle. Ricko also co-hosted a television show Mixtape-TV with DJ Steen and DJ Shadow in which he interviewed some of hip-hop’s royalty such as DJ Khaled, Lil Boosie, Ace Hood, and Trina. The show aired in multiple cities in Alabama and Georgia.
In 2010 Ricko AK started what would turn into a three part series mixtape entitled Warning Shotz. He launched his indie record label Lavish Lyfe Music Group (LLMG) and filmed 5 Mics the Cypher DVD. In 2011 Ricko AK extended the Warning Shotz series with Warning Shotz 4: AK’z Revenge in which he teamed up with producer Luney Tunez to create street anthem “Think Again” and he penned the classic hit “Good Nite” produced by Mo Digi. Keeping the 2011 momentum going; Ricko AK was nominated as Most Slept On Artist of 2011 at the Maxximum Alabama Music Awards. His song “At the Court” received placement on the highly esteemed documentary Push that was shown at the Boston Independent Film Festival and on the ESPN Classic channel. He also made an appearance on BET’s hit television show The Game.
Ricko AK/Alabama King is pure talent, a progressive movement; artistic success. With every song he paints a picture that takes you deeper into his world and into his journey of super stardom.
Ricko AK - Day1z (music video)youtube link :: https://youtu.be/0Bt6U2oYgN0Label :: Lavish Lyfe Music GroupShot by: Reel Lyfe Filmzfollow Ricko AK on snapchat @kingak21http://www.instagram.com/kingak21http://www.twitter.com/kingak21http://www.facebook.com/llmg.ceorickoakhttp://www.rickoakmusic.com