DeDe: An Artist In her Prime-Ahead of Her Time 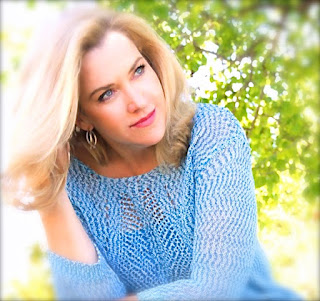 DeDe: An Artist In her Prime-Ahead of Her Time
At the October, 2015 International Music & Entertainment Awards (http://www.IMEAawards.com), we had the pleasure of hearing 2014 Two-time Album of the Year winner & 2015 Song of the Year winner, DeDe Wedekind, perform her Folk Song of the Year Nominee, “Prime of Life” from her upcoming album Dream of You. But her Song of the Year Category win that night was for her Adult Contemporary original, “Stronger”.


What sets this talented artist apart from others is not only her great vocals, which garnered her Best Vocalist in March 2014 on SingerUniverse.com, but her unique & versatile songwriting. DeDe writes songs that cross many genres of music including: Adult Contemporary, Folk, Pop, Country-Pop, Rock, Americana, Singer/Songwriter, World Music, Jazz and Inspirational. This was evident when at the 2014 IMEA Award Show she received 9 nominations in 7 different categories (the most of any IMEA Artist).
And indeed she was a winner: she went to the stage to accept a grand total of 3 IMEA awards that chilly October Night in Kentucky for: AC Album of the Year for Love & Fairy Tales (7/2013), Holiday Album of the Year for World of Christmas (11/2013), and Song of the Year for “Canon on the Lord’s Prayer”. This tied DeDe with friend and singer/songwriter Matthew Huff, Country Artist of the Year who also won 3 awards, the most awards won by any artists at the show. Says DeDe about this honor:


“We were all rooting for each other, all of us Indie artists who had been hanging in there, writing songs like crazy, and performing all over the place… in a very tough, sometimes brutal industry. I’d just joined the IMEA because it sounded like a worthwhile organization for indie artists-and it is. The rest was about timing: I decided to submit a bunch of songs from my 2 albums I’d just released in 2013 on a whim-thinking “what the hec”? I have all these new songs, and maybe these judges will like one of them? But getting that many nominations, and that kind of real support and recognition for my music, well, that was only surpassed by getting to meet and know all of these other great indie artists from around the world- (struggling!) artists who were a lot like me. It was truly a watershed moment for my songwriting, and it was a life-changing and pivotal moment for me and my music career.”
Growing up near Houston, she hails from a long line of actors, storytellers and musicians on her father's Welsh side. She is one of seven musical children from an exceptionally creative family. DeDe herself is a classically-trained singer, pianist and flutist. While she had pursued music on a part-time basis in her 20’s and early 30’s after a career in marketing, she came to realize that music was coming back into her life. Only about 7 years ago, DeDe started singing songs around the house that she’d never heard before, and started having dreams about music. It was at that moment she realized that her true calling was to pursue a more active role as a songwriter and musician. She decided to hone her theory, performing and songwriting by returning to college for additional musical training. With the support of husband, Larry, she began to pursue music again full-time.
DeDe tells stories through her music: her original songs are about her feelings, her life, her personal thoughts, joys, losses, hopes, dreams and experiences. She feels that she has a calling from God: a gift for relating her music & melodies to what we all are experiencing in our real lives. “At first it was really scary for me to step out on a limb and try to start a new career in a field where I’m definitely not an expert. But I'm not afraid anymore," says DeDe. "Not afraid to say the things that I feel need to be said, and to take a chance with my music. I've found my joy, my purpose, and my peace."
Her latest album, Dream of You, is unique in that it tells the story of the emotions, struggles, triumphs and the journey that is DeDe’s life. However, it’s not a blow-by-blow recounting of each and every major life event, but rather a playbook of dreams, hopes, and feelings, both positive and negative. Its full of thought-provoking lyrics: observations about the changes she’s been through, and all the emotions and relationships along the way that defined the life-shaping moments in her life. Each song is autobiographical and details actual feelings and thoughts she had about events and experiences: songs about her dreams, hopes, disappointments and relationships that are all a part of what has made her who she is.
Every listener will be able to relate to DeDe’s dynamic and word-picture filled lyrics, since her songs tell the story of events that happen to us all. Songs that encompass the dreams of youth (Dream of You), the wild times and struggles of growing up & looking for love, such as we find in her 80’s Bon-Jovi like rock tribute: Leaning on Heaven. We relate to her searches for acceptance and meaning in life via Prime of Life, and the rush of sexual attraction and thrill of romantic love in DeDe’s super-sexy, Latin bossa nova, Recipe of Love. Then it all unravels with her Rolling Stones-esque Sell Me Out about complete betrayal of trust, heartbreak, and being left all alone. And in the end- redemption: finding the strength to get through anything with “Stronger”, and the capacity to know and be able to give true love (Love Lives On, with Andrew Fromm on piano, writer of N-Sync’s Millenium Album).
Through the many challenges and experiences DeDe ‘s faced personally and in her music, she finally feels equipped to accept herself and her circumstances, understand the real meaning of love, and what truly matters in life. Important things like: relationships with family and friends, finding unconditional love (My Unsung Hero), a solid marriage (Today I’ll Marry My Friend), and the realization that she is comfortable with where her life has lead her. She has also discovered how to overcome fears and the renewed ability to believe in yourself and in the one(s) you love.
When I spoke with DeDe she told me the depth of her faith has grown as she has gone through life’s adventures good and bad, and she hopes that the overall positive tone of her songs speaks as much to others as they have helped her: and that they offer hope, joy, peace, love, acceptance and comfort. Her music is written, arranged and selected to communicate (God’s) love to a hurting world, even if you’ve never stepped inside a church. DeDe’s witnessed firsthand how music can bring together people of all ages and cultures, and that music can touch the very heart of the listener. Says DeDe:


“So many people listen to music every day. We hear it everywhere: on TV, on the radio, and with the advancement of technology listeners have the ability to take music with them on their daily journeys. My desire is that my music will help a person through a difficult time by giving them inspiration and motivation. This is what inspires me to keep writing music and performing.”

Despite having several singles climb the Indie charts, the release of three albums, and the upcoming completion of a fourth album in early Feb. 2016 (all with well-known award-winning producers, Grammy winners, and Multi-Platinum producers & songwriting friends at the helm), DeDe’s entire career thus far has been built in an independent and very organic fashion: “I never really sought to control what direction I would go in, it was just God leading me and my music, along with my husband, Larry, one step at a time.”
In addition to her songwriting and current performance career, DeDe’s been pursuing a speaking and music ministry to empower women and teens to overcome their fears, and also support those who are abused, or who are living in poverty or need hope and a new direction in life. “I have a heart for children and women, and I know their struggles,” she shares. Her Song of the Year Stronger from Dream of You, is about not giving up or giving in (to suicide, abuse, neglect, peer-pressure, poverty, circumstances, substances, etc.) DeDe says of Stronger, “I wanted children and teens (and adults), to know that just because something really bad happens to you, or you’re not popular, or you don’t look or act like everyone else, you can and will make it through the difficult times, and become a stronger person because of it. But you have to embrace forgiveness (for others and yourself), and trust in yourself and in God.”
Her new song , “Love Lives On”, also from Dream of You, is an ode to deep love and acceptance that references Corinthians 13, without pushing any religious ideas or themes. The song was written as a tribute to unconditional love and specifically in memory of Larry and DeDe’s stepson Matt, who was tragically taken from them this year. But it also began as a way to promote world peace and unification through loving and accepting others-unconditionally.
DeDe’s also clear about what motivates her career. “I didn’t go into this looking for money or for fame. My sister Missi Pyle, is a well-known comedic actress in Hollywood, and I’ve seen firsthand all the pressure of what that kind of life is like out there, and it’s just not for me.” For DeDe, it’s all about writing songs that bring people hope, comfort peace and acceptance.