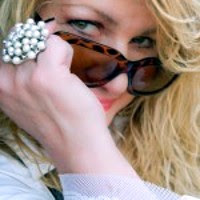 LaDonna has been singing since she was three years old. Her father was a minister, so singing in church was a normal part of life. Growing up in church, along with her older sisters, was the way it was. Soon her vocal skills began to develop, with help from her sister Peggy who taught and encouraged her to sing. Later on she began to sing with many Country Artists, which led her to Nashville, doing background vocals on many artists recordings. Because of that she is listed as one of the most recorded background vocalist in Nashville. During this time she also began working at many of the venues in the Music City. LaDonna has sung on recordings by: Garth Brooks, Alan Jackson, Charlie Louvin, Joanne Cash, Leona Williams, Ron Williams, Steve Wariner, Lorrie Morgan, Tanya Tucker, Jeannie Seely, and many many others. Her writing skills also got noticed, and she has become one of the most prolific writers to ever take a pen in hand. She has written songs that has been recorded by: Conway Twitty, Merle Haggard, Joe Nichols, Jeannie C. Riley, Ron Williams, and The Statler Brothers just to name a few. After many years of singing and writing songs she was approached by a record label owner from the west coast, and was asked to sign a recording contract. Cyze-o-graph Music, and Open Highway Records became her new home. In the middle of recording her debut country project, LaDonna began to feel like she needed to do a Gospel record. After sending the label a partial gospel recording they became excited and decided to do a whole gospel project, which has became her first record release,” Jesus Loves Me”, on Wooden Cross Records which is a division of Cyze-o-graph Music. LaDonna is currently working with Spotlight Records out of Hilliard, Ohio to promote a new EP out early next year. LaDonna is set to emerge as a solo artist now after lending her talents for so many years in the background. She is exciting….energetic…and full of talent.. She is an artist that knows how to deliver a song…right straight from the heart. She Is The Real Deal !!!