Melk - Filthy with the Movement 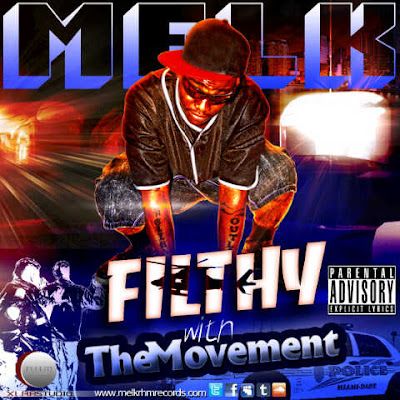 Melk (Stephen Heuvel) is born in Suriname “a small and only Dutch speaking country in South-America”
and moved to Miami, FL as a teenager. Both of Melk his parents are from suriname.
His passion for music goes way beyond normal, as he always says “music is my life”.
He devoted his life to rapping and writing songs at the age of 16, and has been fully determined ever since.


His style is versatile, he can rap about hustling and deep struggles everybody can relate to, switch it up and rap about the everyday club, party kind of lifestyle , and his lyrics are of the charts when it comes to female songs.

He can also mix it up, and talk a little bit about all of the above and still make it sound real good.
The artistic creativity level he on is something else.


Overcoming barriers speaking English and Dutch doing the type of style of music is what makes him stand out from the rest with these catchy phrases and metaphors that will leave you wondering why you haven’t thought of that is definitely a good reason for him to be the next artist to watch.  I haven’t met an Artist with his background yet so interesting and unheard of.


As well as his most recent remix on Drake's "Hotline Bling"  https://soundcloud.com/milk-17/melk-hotline-bling-remix


Melk did an interview with "Exposed Vocals" @ExposedVocals and explained a little bit more about himself.
Click Link: https://exposedvocals.com/features/music-review-and-interview-with-melk/


Listen to Melk’s new single “Filthy With The Movement” being played on Kiss 104.7 FM and currently in rotation
http://www.exposedvocals.com/features/mp3uploads/melk%20radio%20edit.mp3
He established his own record label (Real Hustla Music Records) in the fall of 2014
and released his first single #FWTM Filthy With The Movement on iTunes and most music stores on June 2, 2015
Preview and download here https://itunes.apple.com/us/album/filthy-movement-single/id997209308