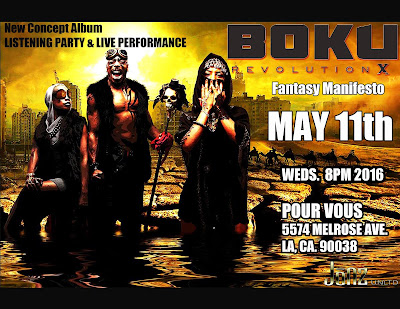 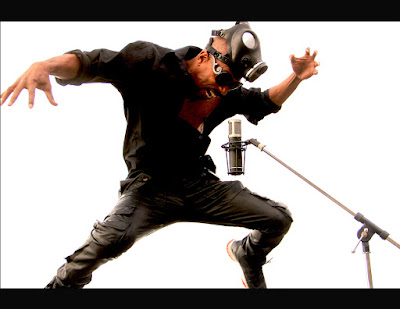 BOKU REVOLUTION X is a force to be reckoned with. As if out of some coming book super group
that forms like Voltron like an indestructible machine formed by interconnecting each limb with a unique
operator with a specific skill set that compliments the whole. With high-energy, explosive performances
heavy rhythm with, conscious-elevating lyrics, head-banging grooves, BOKU has been defying
categorization, and expectations, since 2005. Following the whiplash success of their debut live album
performing multiple sold-out shows at the House of Blues, BB Kings, Viper Room, El Rey, Congo Room
just to name a few. Including as an open act for the roots at UCLA concert series. Creating fans all around
the globe. Garnering major label interest, and support from artists like Natalie Imbruglia and Morgan
Heritage, the members of BOKU have come back. With new beats, new members, new ideas, new sounds,
picked up from their prospective travels, and with the same exhilarating energy, BOKU is coming to a
venue near YOU.
Led by actor, writer, director and producer, Jo D. Jonz, Jonz is the founder of the
group and lead MC. He is best known for his performances in such classic hit films as First time Felon,
HBO, Next Day Air, Midnight Son and the upcoming TVONE show The Big Leaf. But what most don’t
know is that he is vicious on the mic and lyrically sharp with metaphors and similes, that, twist and turn
into poetic masterpieces that leave the listener trapped in his web of creation. His musical background
extends as far back as childhood and he has shared stages with such rap greats as Nas, Tribe called quest,
De La Soul, Pharaoh Monch Naughty by Nature and Master Ace.
Billy White composer/pianist and original member of Boku has released "First Things
First" Jazz Album in 2010 and won the Duke Ellington Award, David A Abell Jazz Piano Scholarship. He
has studied with greats, like Barry Harris.
Drumming impresario Mike Tree is an original member and producer for Boku.
He has played with the likes of Jackson Browne, Ray Charles, Wu-tang, R&B singer Miguel, Grayson,
Jhene Aiko and Billionaire Buck, to name few.
Be ready.
https://soundcloud.com/bokurx
https://www.reverbnation.com/bokurevolutionx?profile_view_source=header_icon_nav
https://www.facebook.com/Boku-169238293104370/?fref=ts