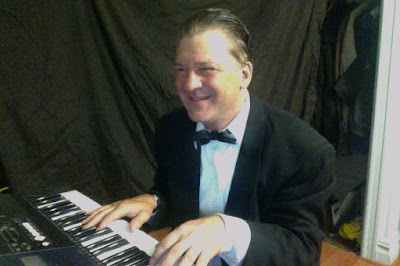 Carmine Russotti has a fine educational background!
He studied music education and has a MA in Music Composition, a Music Teacher Certification New York State, & has a Tenured Teaching License in Orchestral Music – New York City.
Carmine has an extensive background in music performance both as a leader and performer.?
Performance Experience: Three of a Kind Orchestra, Freelance Musician, Hunter College Orchestra, Hunter College Jazz Band, Alex Maysonet Ensemble, Normie Wayne Music, Larry Charles Big Band, Various performances in off Broadway musicals: Fiddler On The Roof, Anything Goes, Guys & Dolls, etc. Gloria Praise Team, W.O.W., Tony C & The Nose Pickers, + various ensembles in the New York City Public School System.
Carmine Russotti worked in the New York City public school system for 27 years as a music educator. He has taught, conducted and has been the director of a variety of music and other diciplines including: the Jazz Band, Marching Band, Orchestra, Beginner & Intermediate Ensembles and other various music ensembles.?
He has taught music theory, piano, beginners band and beginners orchestra, intermediate band and orchestra, brass, woodwind, percussion classes, music appreciation, mixed and girls choruses.
Also, he worked as an adjunct professor at Hunter College teaching Percussion skills to Master Classes.
He Started writing songs when he was 14 years old. Writing both the music & lyrics. He has wrote & performed music in many genres.? His eclectic tastes spans from Classical to Jazz to Popular Music
He has now started a project including Pop, Dance, Hip-Hop & Rap!?He Has been working with Tony Coluccio@globalmediamusic for the production of his music.