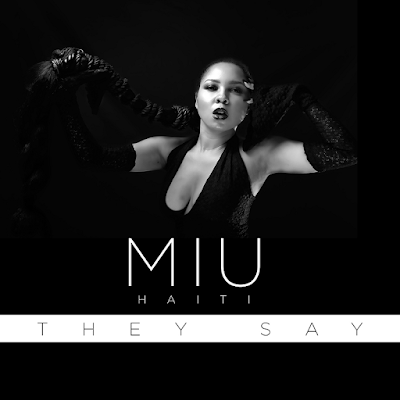 Born and raised in Haiti, Miu dreams of being able to share her passion for music all over the world. She begins singing through a contest, and used the song she had composed for it, to launch her career.
Being forced to evolve in a difficult environment, she had to dig deep into her artistic senses. She had to improvise herself as Stylist & makeup artist before she could be able to work with local professionals. She also experienced a bit of Poetry, Dramatic Art and Fashion.
She will later participate to an international competition, which results to a single with American star T-Pain. She will pursue by sharing the stage with Khali, Luck Mervil, Eddy Francois, Belo, Mikaben, Alan Cave and other local & International Artists in various Local events such as the Haitian International Jazz Festival.
As a versatile artist, she composes and sings, mixing numbers of popular styles categorized "Urban Music" (hip-hop, reggae, soul, RnB, Pop etc.). Depending on the collaborations, and also on her inspiration, her music is created in 4 languages (Creole, french, Spanish & English). She had the chance to collaborate with various arrangers and Artists from St Lucia, Puerto Rico, Tanzania,USA & Haiti.
Her most Popular video, "They Say", is directed by the Haitian-Canadian Fashion Designer & Artistic Director Ralph Leroy.