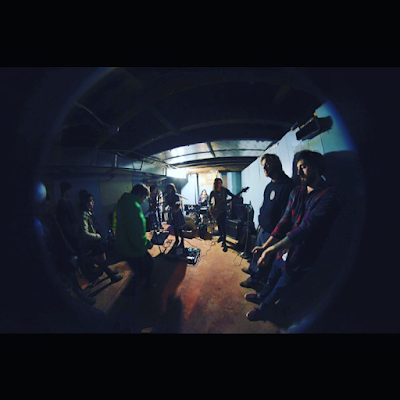 Resilient is a female-fronted happy accident that was formed out of the ashes of several other projects in the Philadelphia area.
The array of influences within this band is so wide; it could quite  possibly transcend the equatorial diameter most likely more than once.  Their music mostly encompasses an alternative vibe with an apparent affinity for grunge, punk, and prog-pop styles in their multi-layered arrangements.
The band is currently comprised of the cohesively uncanny sounds of Erin and Katie Fox; the inventive and clever stylings of blues-oriented guitarist, Buckminster Kellorgg; and is complimented finally by the silvery enigmatic grooves of bass whisperer, Alicia Dickerson.
They've just released the first single off their upcoming mini-album, “Imagining Things” and look forward to its full release July 2016.


The Explosively powerful debut Alt- Rock album Imagining Things from Resilient is ready to be officially released for the summer of 2016.  With layers of serious depth that reveals tight songwriting, emotionally-heavy material and a tremendous edge that sets this Philadelphia-based band clearly apart from the-Resilient are ready to make themselves known to the rest of the world and this brand new album will have no problems establishing that introduction to you all. Gigantic, meaty guitar riffs and HUGE sounds rule supremely on Resilient debut record.  With their own special brand of twisted Rock Music branching out into progressive rhythms and heavy grooves-this four-piece released their title track and first single from Imagining Things at the end of April 2016 and are already leaving critics and fans alike stunned with the brilliant dynamics of their combined talents
Whether its the intensity of the drums of the powerhouse vocals, the adventurous guitar-lines or sweet rumble of their bass, Resilient has created music designed to leave a memorable impact on music fans worldwide.  With music insightful and thought provoking easily as powerful as the crunch of their sound. Resilient is ready to take the world by storm on Imagining Things or if necessary by force...