Sarantos back with a Top 40 Hit 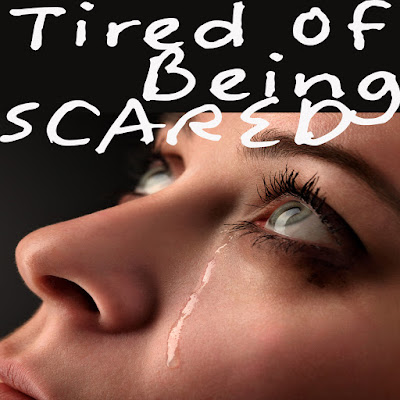 Sarantos continues releasing a new song and music video every month in 2016 as he unveils his highly anticipated 3rd album. This CD will expand on his unique signature style that merges 80s rock with modern pop rock music. Sarantos will continue with his edgy experimentation! Fans and fellow musicians marvel at his humble down-to-earth demeanor, his dedication to his mission and the wealth of free content that continues to drop every month along with his contributions to charity!

His 1st solo album dropped on November 18th 2014 and Sarantos essentially has released 2 CDs every year since. He has tackled almost every genre imaginable ranging from pop, rock, jazz, rap and country. Fans continue to be amazed with his passion and creativity with surprises such as a Christmas album, solo instrumental CD, bonus covers, a steady stream of radio interviews and much more. Fans wonder if there will be another surprise waiting for them at the end of 2016??

Sarantos unique sound has been best described by industry insiders as "an emotionally powerful vocal style masterfully united with music that is a fusion of classic 80s rock blended with modern soft rock and pop music!"

Since 2014, Sarantos has won over 25 awards with Akademia LA Music,
Beat 100 while also being nominated for the International Music & Entertainments Awards
and the Hollywood Songwriting Awards.

Even without ever using a professional music studio, label, ad agency or radio promoters, Sarantos song “What If I Never See You Again” was in the top 200 on the majors list in the US for radio airplay according to the Digital Radio Tracker Top 200 charts. On the independent charts, Sarantos was in the top 10. He was on both these lists for most of 2015! Within 3 weeks of “Dreamer” being released in April 2016, it hit the #169 spot!

Sarantos prides himself on not releasing robotic music. In concert or on the radio, Sarantos music is authentic and real. It has imperfections like genuine human music should. He is always trying to sound different musically, lyrically and vocally. He does not want fans or critics to get bored with his efforts. Despite the momentum and continued traction, Sarantos still has not turned a profit since he gives away all of his songs, videos and books for free and since of course, everything costs money to make. That said, Sarantos donated $2,000 anyway in 2015 to the various charities that were picked for his songs. It's not much but every little bit counts. Hopefully this number will continue to increase as his journey continues.

Sarantos currently has over 1.3M Social Media followers and is rated #2 on Reverbnation in the pop genre worldwide. Sarantos performed at the Toronto Music Festival in May to a sold out live audience. Sarantos music receives rave reviews every month and he relishes this chance to pursue his life-long dream.

With new hit tunes waiting to be released every single month until the day he dies, Sarantos music screams success and stimulates an overdue conversation in the always-changing music industry. Sarantos loyal music fans continue to show their support by proudly showing off Sarantos merchandise and staying tuned daily for his heartfelt social media posts. His songs are being broadcast every day on various radios stations around the globe. Sarantos continues to do weekly interviews internationally and fans can listen in to some of them on his YouTube page. Let’s not forget his funny, sarcastic, witty and genuinely real music videos that leave his fans not knowing what to expect next. Sarantos never sticks to just one theme or one emotion. He doesn’t want fans to get bored with lame music videos that are common in the industry. What will he try next?

Having undergone several personal challenges with Sarantos' father passing away in 2010 after a long hard-fought battle with lung cancer, dealing with personal health issues like asthma, chronic allergies, eosinophilic esophagitis with a stricture the size of a straw, going thru life's ups & downs, the timing was finally right to start pursuing his lifelong dream in 2014. And so it began. Sarantos main motivation remains, however, to raise money for charity.

33% of any music related sales are going straight to charity!

Sarantos has always been inclined to help people in need and is proud to release his music every month as a way to donate a portion of proceeds to charity, hopefully inspiring other artists to do the same. His fans help him choose the charity each month. Just a few of the charities chosen so far include the American Cancer Society, American Lung Association, Make-a-Wish Foundation, American Heart Association, St Jude's, American Red Cross, Salvation Army, Children's Hospital of Chicago, Feed The Starving Children, The Trevor Project and many more.

The website, Melogia (which in Greek means "with words") was established by Sarantos, an aspiring singer and song writer.

My goal when you listen to one of my songs is very simple. I want you to feel the need to: