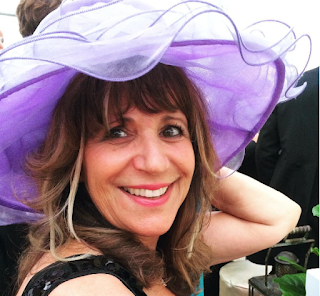 Pauline Frechette presents her self on this song in such a heavenly way.  Her voice reminds me of great artist like Diana Krall and Karen Souza.  Her range is Exceptional and feels the spaces on the this instrumental perfectly.  The song ''Love in the Afternoon'' takes you through a story of a women who is in love with every moment with a person or could be used as personified metaphor.  The lyrics are very inspiring and full of detail that makes love seem like a blissful celebration.   Her emotion on this fits the mood of this ballet also.  I have heard many jazz artist in my life time and I'm sure she is natural performer.  She comes from a large musical family which shows in her performance.  I believe she could display many styles in her career without jeopardizing her legacy.  Being well rounded will definitely allow her to reach different crowds with the manifestation of legendary superstars.  The mixing on this track is excellent and genuine, which brings out the professionalism of Pauline.  If I had to rate this track on a scale of 1-10 this song would get a 9 for composition, delivery and musically fashion.  Check out her bio and song below


Pauline Frechette is not just a singer/composer/lyricist. She is first and foremost a communicator - an entertainer with the humor and intensity of Jaques Brel, the musicality of Ravel and the spontaneity and theatricality of Bette Midler. And if bringing those diverse elements together seems an impossibility - or at least an improbability - well, once you understand the diversity of Pauline’s background, you can then understand that it’s not only possible for her to deliver the above magic, it is impossible for her not to deliver it. Because she is the music. She is humor and drama. She is delight and sadness. She is a blend of all that is beauty and all that is tragic. And that is why she creates music and songs that are uniquely her own - songs that defy being labeled.

But, if label the music you must, well, “Neo Classical meets New Chanson,” is the best we can do for now.

So just where did this Classical, theatrical, funny/sad person matriculate from?

Pauline Frechette was born in Hammond, Indiana, the fifth of eleven children in a family of musicians and artists. Her father, Lou Frechette, played the largest unit organ in the world for the Chicago Black Hawks at the Chicago Stadium. Her grandfather, Raoul Vezina was a trumpet player and band leader in Quebec and her great-grandfather, Josef Vezina, was a violinist who founded the Quebec Symphony. Several of her sisters, brothers, uncles and cousins are artists and/or musicians with talents represented worldwide in theatres, magazines, galleries and museums.

From age five, Pauline learned classical piano and violin, winning many competitions and playing in a youth orchestra. She was also drawn to the stage, playing juvenile roles in numerous musicals such as: Carousel, Sound of Music and Bye Bye Birdie. In her teens Frechette wrote and performed songs throughout Europe with the Showteens then continued her career in London where she performed at clubs including The Troubadour, studied acting at the London School of Dramatic Art and at the Bristol Old Vic and composed music for The Royal Pardon and Big, Fat, Hairy Vision in London’s West End. On returning home, she won the Foundation for Arts Scholarship and Farwell Award for three consecutive years at the American Conservatory of Music and was a finalist in the World Popular Music Festival.

While still enrolled at the Conservatory, Pauline wandered into the theatre where You’re A Good Man, Charlie Brown was playing, hoping to get an audition. Just as the stage manager was throwing her out, Gene Perrson, producer of the New York Company, walked into the theatre. He ignored the stage manager, gave Pauline an audition, called the New York office and said “I’ve found Lucy.” And that was Pauline’s entrance to the Big Apple.

After touring as Lucy with the New York Company, Pauline moved to NYC where she acted in commercials, did voice-overs, wrote the music and lyrics for jingles, created songs for Infinity Factory, composed the theme for PBS TV, and performed her own music in NY clubs where she received rave reviews from the New York Daily News and Women’s Wear Daily.

Expanding as a composer into the world of musical theatre, Pauline was personally selected by Lehman Engel to participate in his famed BMI Musical Theatre Workshop. Later, deciding to venture into the field of rock Pauline renamed herself “Raven Kane.” As “Raven” her credits as composer/lyricist include: Skylines produced at The New Jersey Theatre Forum; Ataria, a rock-opera, produced by The Goodspeed Opera House and entered into the Songwriters Hall of Fame as a "Valuable Work in Progress"; The Adventures of Denton the Dragon, produced by The Celebrity Centre Theatre and the LaMirada Theater for the Performing Arts and released on CD starring the voice talents of Elliott Gould and Melanie; songs for Space World in Fukoka, Japan; the title song for the film, Mind Games; a new musical Survival of the Heart written with Karen Black, produced in a NYC Workshop by the late Marvin Krauss and directed by Pat Birch; Silicon Valley, created by Raven and Klaus Netzle for Teldec Records then performed by them in theaters throughout Germany; co-created the rock album, Vogue 2000.

As a singer Raven performed and/or recorded with many legendary artists on multiple gold and paltinum records. Highlights include singing with: her step-son BECK on Sound and Vision; MUSE for the 2012 Olympics; Paul McCartney & Ringo Starr at the Hollywood Bowl, Leonard Cohen, Cher, Diana Ross, Willie Nelson, Kenny Loggins, Dolly Parton, Alice Cooper, and duets with Neil Diamond on his World Tour featured on the CD “Live In America”. Her voice is heard on films including “Wayne’s World”, “Rent”, “Tigger”, “Land Before Time”, “Dracula”, “Mermaids” and “Aladdin.” The News World press said: “Raven Kane is a dynamic singer and brilliant songwriter-performer” and “Miss Kane exhibits a driving strength born of persistence and genius ...”.

In 2009 Raven’s music was performed by the Baltimore Symphony and the Hollywood Bowl Orchestra. Her composition “Reflections” had its West Coast premiere in 2010 with the Traction Street Orchestra hosted by Kat Von D at The Million Dollar Theatre in Los Angeles.

After 20 years in the proverbial “trunk”, Raven resurrected her musical Artaria, created a new storyline for it and produced numerous readings in Chicago, L.A. and NYC. It was presented by General Manager, Seth A. Goldstein of Daryl Roth Management in NYC at the Baruch Theatre.

Now Raven Kane has come full circle to reclaim her real name, Pauline Frechette, and to create, record and perform her neo-classical piano works as well as songs in the Nouvelle Chanson genre emulating those of Jacques Brel and Charles Aznevoir.

Response from her first release on the Soundcloud charts, Song For Michael, has fans are calling her composition, “musical poetry.” Accolades from reviewers are similar:

“This beautifully crafted melody is nothing short of a modern classical masterpiece, and it is an indicator that Pauline Frechette is close to achieving ‘classical great’ status herself.” ~ Katrina Charles, Me, You, World Music, Publications

Pauline Frechette has truly come home to herself. Her music can be heard on Soundcloud and is available on iTunes and Amazon.