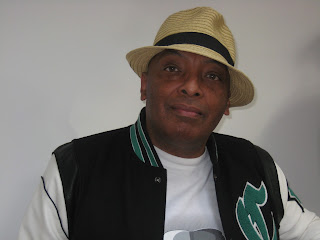 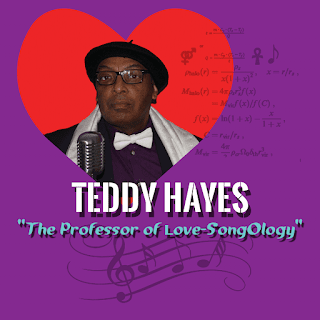 The thought behind Teddy Hayes' video, "Love Come Rainin Down" is that the lyrics are soulful and somewhat a hip hop and R&B song. The video is very descriptive in every sense of the words Teddy sings about. The resemblance of Teddy's style is mixed with Al Jerreau Ronald Isley Rahsaan Patterson and Chuckii Booker, a combination of artists who are straightforward and on point in giving out their messages of love on ballads and smooth jams. Teddy wants to fill in a void of entertainers that is in high demand of making good music and this record does not disappoint. Though music is changing before our eyes, Teddy is not forgetting the old school in which is still relevant to this day and Love Come Rainin Down is a song that can be in rotation on radio and the video version needs to be viewed frequently to be added with the greatest. If I had to rate the video on the scale of 1 to 10, it will be a 9 for originality being descriptive and creativity.

This album has been a long time coming. Believe it or not, it has been something like 40 years long in the making. The songs on this CD represent a combination of love relationships and experiences that I have been involved with during the past 40 years starting from my early days in New York during the nineteen seventies. Sometime love was brilliant and other times love was a very tough road, but all it all it was real.

I decided that I had a lot of love memories and that I wanted a way of seeing my past love life put into a kind of focus, so I decided to put  some of my songs inspired by my love experiences together that I had written and present them as a CD. I also decided that I had been through so many ups and downs with love over the years that I could be a professor of love-ology and teach a class on love and relationships, especially writing songs about love, so I decided to call the CD “The Professor of Love-SongOlogy”.  Song writing is one of those things that I believe has magic in it. No one can really say why a song touches someone. It either does or it doesn’t. There is no formula. For me I never had really tried to write songs in a technical way. I tend to think of a subject and let things come to me both musically and lyrically. Sometime it happens at the weirdest times. Walking to and from places seem to be the time when my muse decided to come out of hiding. For that reason in the mid-seventies I began walking with a portable had held recorder and now with smartphones, it’s even easier so when my muse decided to whisper a beat or word inside my head, I can respond instantly and record them.
My professional singing career began in Cleveland Ohio when I was in my late teens and I was part of a R&B show that performed in nightclubs on the weekends, That led to a weekly spot on a local TV show which then led me into the recording studio and then to New York where I recorded both with bands and as a singer for various dramatic soundtracks and really learned about production and writing.
Sometimes the circumstances  in love are interesting and other times they are sad or funny in the same way that love can be all those things, sometimes all at the same time.