See You In The Funny Papers 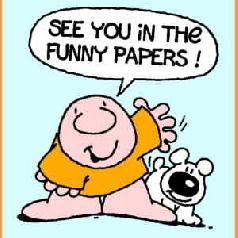 CRANSTON, RI — Two brothers are being charged in connection with a Southborough, Mass., comic book store break-in, the Community Advocate is reporting. According to Southborough police Chief Kenneth M. Paulhus, $23,000 worth of merchandise disappeared from the Hall of Comics, 3 Turnpike Road, after a break-in. The incident happened around midnight Nov. 27. Police found some stolen comics in Cranston, where they had been sold to another business. Some comics also turned up in West Warwick, at the home of Corey Cheshier, 31.
Cheshier and his brother Tyler, 20, of Coventry, are suspects. Corey Cheshier is being held in Rhode Island but will be arraigned in Westborough District Court on these charges: "B&E Building Night Time For Felony, Larceny Over $250.00 For Felony, and Trespass.
Police have an arrest warrant for Tyler Cheshier on the same charges, according to the newspaper. Click here for the story.
Image via Shutterstock
Get the Cransto n newsletterSubscribe