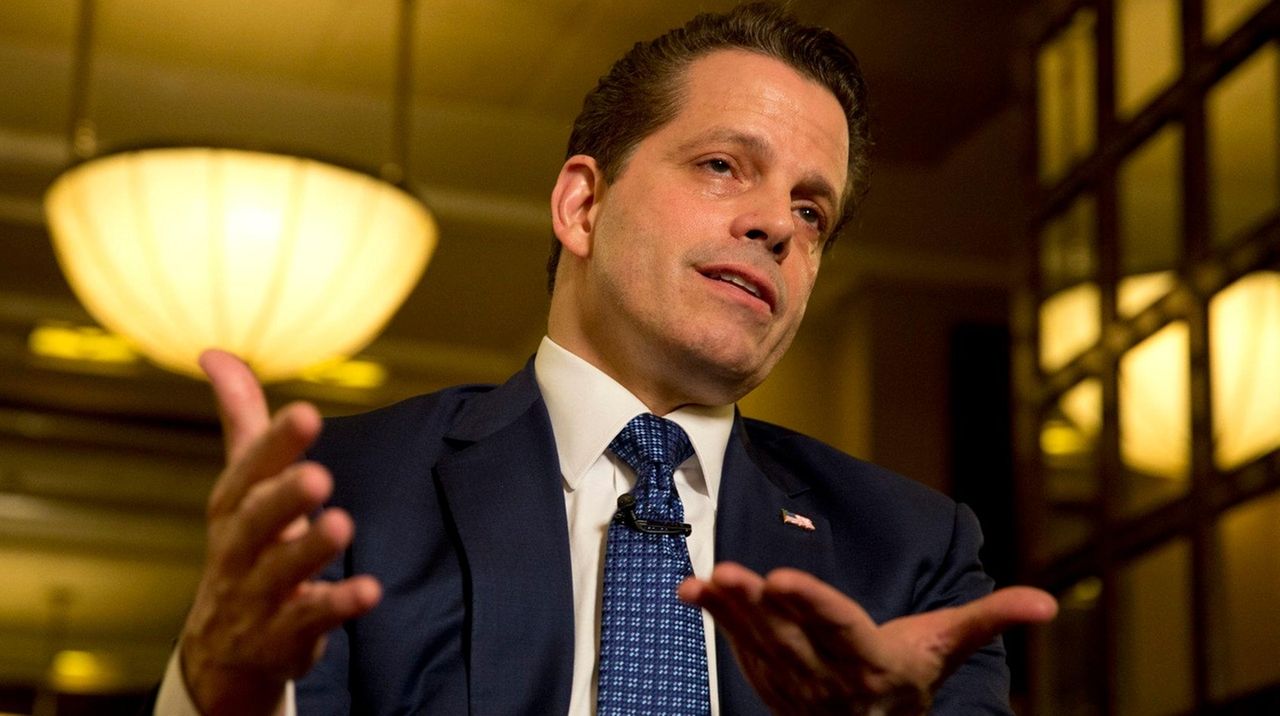 "We want Bryce! We want Bryce!"
A lone, loud voice tried to start this chant at Citi Field on Saturday afternoon during Bryce Harper's first at-bat in the Mets' 3-0 win over the Nationals.
No one joined in.
Savvy Mets fans know their team — which happens to play in the largest market in baseball — is unlikely to be a bidder this offseason for Harper, the 25-year-old free-agent-to-be. Nor are the Mets likely to make a play for Manny Machado, the 26-year-old shortstop / third baseman for the Dodgers.
Met fans know this. But many don't accept it.
One such person is Port Washington native Anthony Scaramucci, who is not only a diehard Mets fan, but is also a minority owner of the club. You may remember "The Mooch" for his extremely brief stint as President Trump's communications director last July. That job lasted about 10 days before Scaramucci was fired for making inflammatory comments.
But this has nothing to do with politics. This has everything to do with the frustration that every Mets fan feels, that the current roster — which is in dire need of a makeover — will not be improved by lavish spending this offseason.
This week, Scaramucci spoke for many fans when he ripped the current Mets owners — his partners — on an interview with the website FancredSports.com. Scaramucci brought up something that sticks in every Mets fan's craw: that the Mets don't do business like the Yankees.
Subscribe to Sports Now newsletter
By clicking Sign up, you agree to our privacy policy.
"I'm super concerned," said Scaramucci, who has no role in the management of the Mets. "Not to get overly dramatic, but if you traded the whole team for the Yankees' Triple-A team, I would be less concerned. The Yankees stack up on players, they pay through the nose for the draft, they give out very high signing bonuses. You're going to lose about 45-50 percent of these kids. The remainder go to Triple-A. One or two of them become world-class prospects. If you do the statistical analysis, that is the way to go to build your team. These guys [the Mets owners] don't do that. They nickel and dime these guys in the prospect area, nickel and dime during the draft, and then they go after players that are through their sell-by date. That's what we have been dealing with."
We don't know the identity of the executive who will be running the Mets once this season ends. Before the franchise can map out a plan, a general manager has to be hired by the Wilpons.
It's unlikely that executive will be given a blank check and told to lure Harper or Machado to Flushing.
It's rare for two young talents such as these to come onto the free agent market. Talk of contracts in the $300-$400-million range seem realistic, especially when you consider Giancarlo Stanton of the Yankees has a $325-million deal and was not a free agent when he signed it with the Marlins. There was no other bidder for Stanton's services.
The Yankees — that team again — have painstakingly gotten themselves under the luxury tax threshold this season so they can "reset" their tax rate. That will allow them to have a massive spending spree this offseason if they choose — coincidentally when two once-in-a-generation talents will be available.
Does this mean the Yankee are going to sign Harper or Machado or both? Of course not. But a Yankee fan knows the team could try if it wanted to, even if neither player is needed. Did the Yankees need to trade for Stanton when they already had Aaron Judge in rightfield? No, but they weren't scared off by Stanton's contract.
All of this came to mind when we heard the fan chanting "We want Bryce!" That fan and 29,867 others who came to Citi Field on a gorgeous Saturday got to see a Mets lineup that—  and this is a scary thought — might be almost exactly the one the team uses next Opening Day.
Amed Rosario, Jeff McNeil, Michael Conforto, Wilmer Flores, Todd Frazier, Jay Bruce, Jose Bautista, Kevin Plawecki. Substitute Brandon Nimmo for Bautista and that could be the top eight against Max Scherzer at Nationals Park on March 28.
On Saturday, Rosario and Frazier homered and Zack Wheeler threw seven innings as the Mets won their sixth in eight games and 14th in their last 22.
Uh-oh. A late-season surge could confirm what top team brass already privately believes — that the Mets can contend next season with a few tweaks and some better health and not by going on a spending binge.
In other words, business as usual. That kind of thinking should have every Mets fan — not just the well-connected ones — "super concerned."