Cat and the Queen - Blade of Grass #Flyah Submission 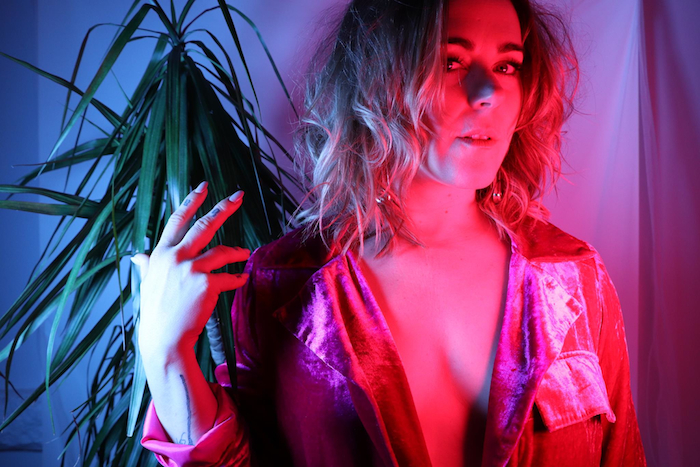 Cat and The Queen has been the brainchild of songwriter Cat Montgomery since 2014. Playing piano from a very young age and being involved with theatre, acting, writing directing, and sound design as a teenager, Montgomery has had a lot of creative outlet to work with. Though she’d been writing songs for years, it took time for the artist to become comfortable with her voice. After some vocal lessons and plenty of practice, she started to perform live. Early on, most of her performances were more cabaret and satirical allowing her to let loose and be on stage as her quirky, talkative self, but as time went on, her style evolved.
After a few years of solo gigs, she began working with outside musicians. At the present, and on the Loba Loca record, her lineup includes Dave Love on drums, Brent Maidens on bass, and Alex Gamble on guitar, while live shows include Tal Davidson on guitar and Max Kaye on vocals.
Cat and The Queen’s live performances are as unique as the music itself. So much so, that Montgomery herself has given the live show a name and description.
“Cat and The Queen proudly presents Love in Space! A radiantly raucous live rock show, theatricalizing the release of her newest album Loba Loca. Her signature brand of musical storytelling will be taken to new intergalactic heights, as she fuses theatre, rock show, and dance party all into one electrifying evening. Ziggy Stardust meets Barbarella.”
The band already has shows booked this summer in support of the release.