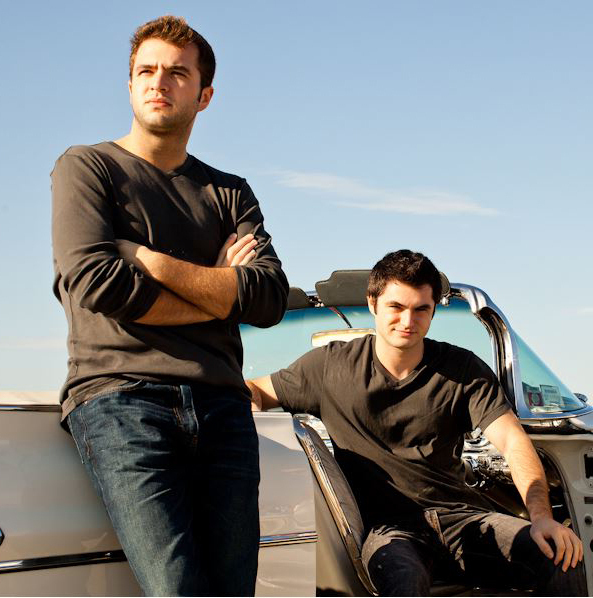 Matt and Andrew Como are singer/songwriters from Long Island, NY. The pop-rock duo has written, recorded, and released 2 albums, 5 EP’s, and 2 singles. They have performed at the Hard Rock Café, Webster Hall, the Cutting Room, and Warped Tour at Nassau Coliseum. Their music has appeared on many TV shows including E! Network's Keeping Up with the Kardashians, MTV's The Real World, and The Oxygen Channel's Best Ink. The band is currently touring to promote their two new singles See the Light and First Time

The Como Brothers Release Passionate New Single and Video  “See The Light”
The Inspirational Song and Video Comes From The Brothers’ Story of Trying to Make It In The Music Industry
November, 2018 (New York, NY) -- Singer-songwriters The Como Brothers recently released their latest single “See The Light” on November 16th. The single was co-written and co-produced by Andrew and Matt Como, and recorded in New York City with Grammy-winning engineer Kenta Yonesaka (Pharrell Williams, Kendrick Lamar).

WATCH: The Como Brothers "See The Light" Official Video
“See The Light” came together through Matt and Andrew’s personal story of trying to make it in the music industry.  The song is a chronicle of the brothers’ attempt to make it to the top of the music charts.  It’s a tale of their passion, struggles, and resiliency.

The Como’s new song comes only 3 months after their last single, First Time.

The song is an ode to anyone who is pursuing their passion and trying to achieve their dreams. As everyone knows, nothing good ever comes easily.