The tennis coaching business is booming, but it has never been more chaotic 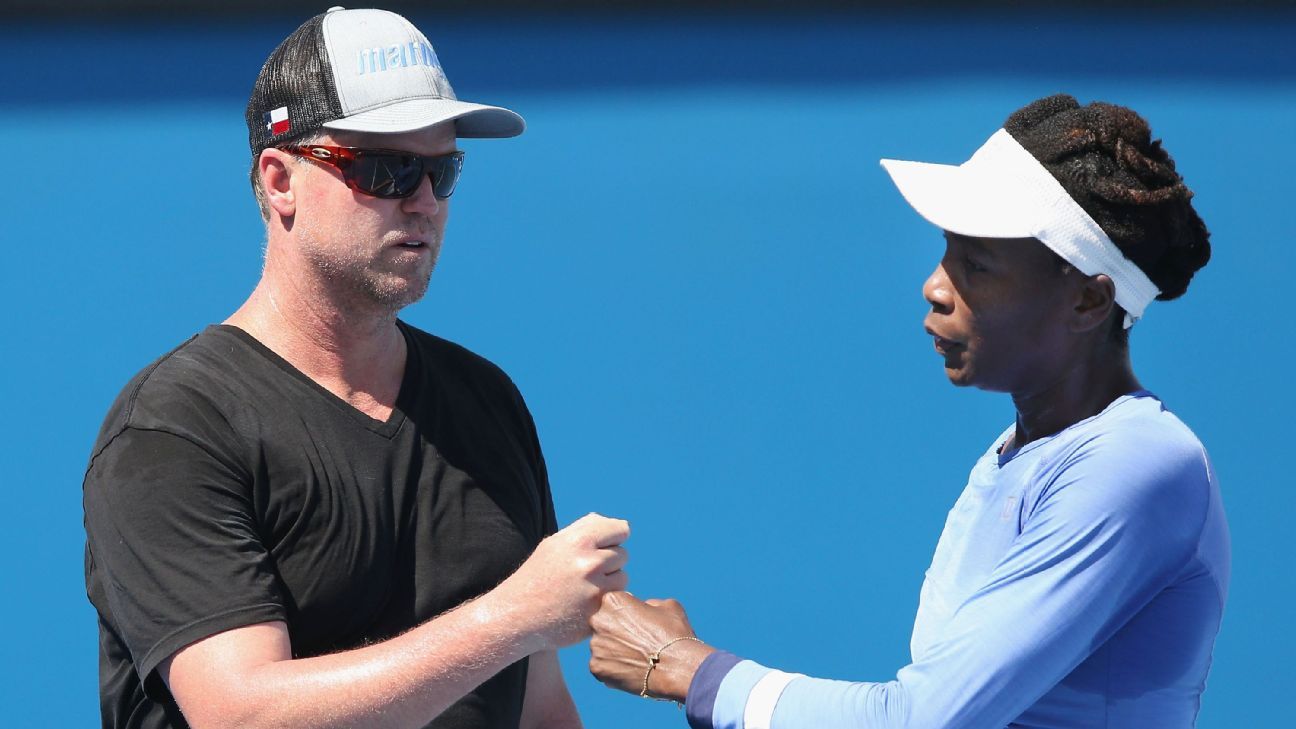 The visibility of tennis coaches on the ATP and WTA tours has been growing by leaps and bounds, but at the same time, the top names, as successful as some have been, don't seem to enjoy great job security these days.
Millions of viewers now watch and listen as coaches advise WTA pros during matches. At the US Open, Sascha Bajin -- the coach of Naomi Osaka -- held a heavily attended news conference. Patrick Mouratoglou -- and his actions -- were the object of nearly as much attention as his protege Serena Williams after the US Open controversy in the final.
After 11 seasons, David Witt is out as the coach of Venus Williams. Michael Dodge/Getty Images
"It's great that the game is expanding, and coaching gets more visibility," Kamau Murray, coach of Sloane Stephens, told ESPN.com. "The bigger the show gets, the more revenue it brings in, the better it is for everyone. But we coaches also have to make sure we are playing the appropriate role for our players."
That brings us to the recent upheavals in the coaching ranks, a trend to which Murray was not immune despite having orchestrated Stephens' Grand Slam breakthrough at the 2017 US Open. Just days ago, Stephens announced she and Murray are "on a break" of undefined duration. At almost exactly the same time, Venus Williams -- 38 years old and in danger of falling out of the top 20 -- cut loose her coach of 11 years, David Witt. (Witt told The New York Times that the break came as "a total surprise.")
Then there was Angelique Kerber. She hired veteran coach Wim Fissette late last year to help pull her out of a year-long slump. Kerber won Sydney and Wimbledon, rose to No. 3 in the rankings -- and parted with Fissette days before the season-ending WTA finals began. (Kerber subsequently failed to survive the round-robin portion of that event.)
There were numerous, less-puzzling changes in recent months. ESPN tennis analyst Darren Cahill stepped down as No. 1 Simona Halep's mentor in order to spend more time with his family. In October, Johanna Konta split with Michael Joyce after 10 months (he immediately signed on to coach Eugenie Bouchard). Jim Madrigal jumped from the ATP (where he coached Tennys Sandgren) to work in the coming year with Madison Keys, while Conchita Martinez, Amelie Mauresmo and Marion Bartoli will be in the coaching mix for 2019.