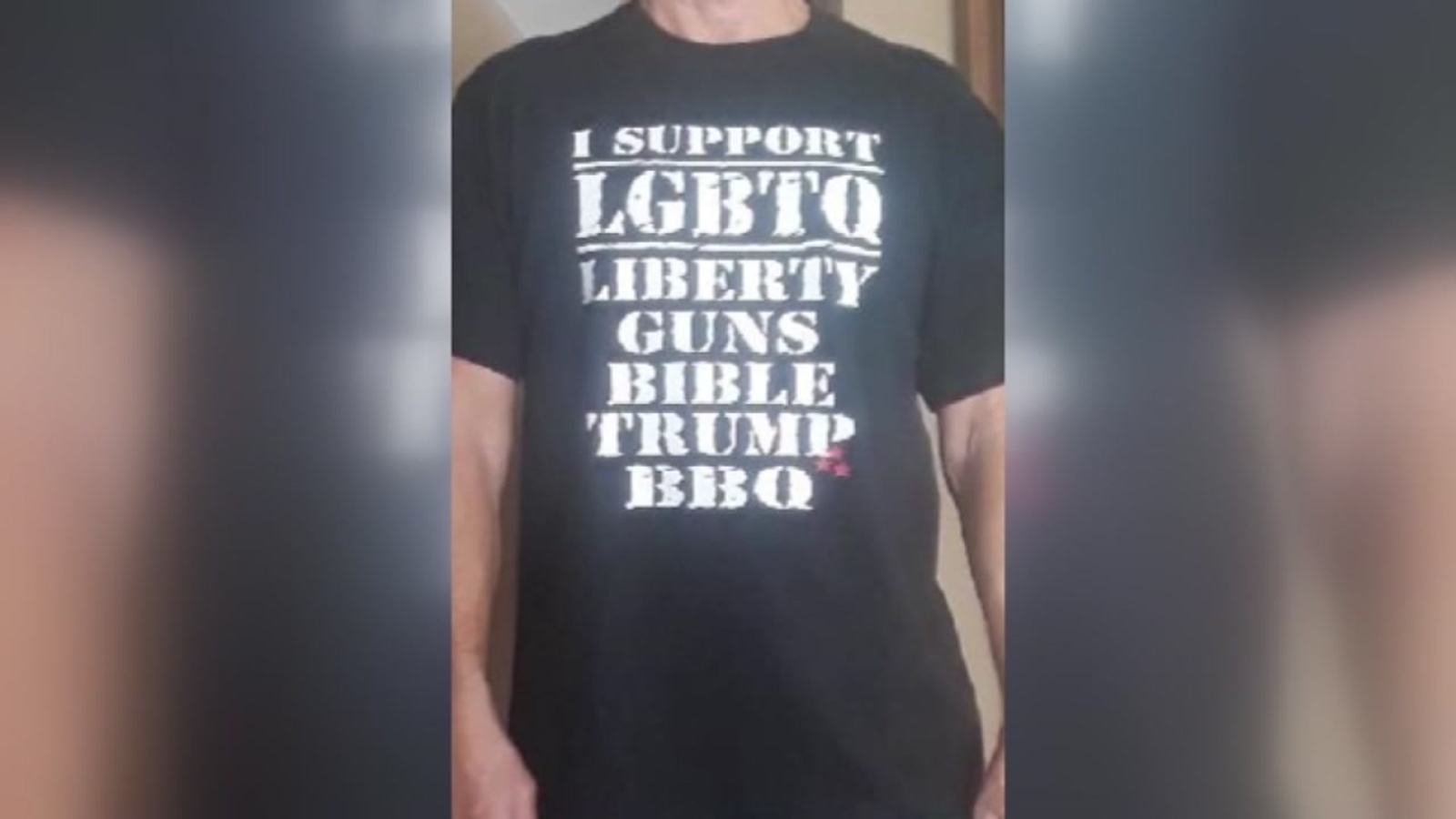 A BBQ business in Kentucky is taking heat for using the acronym LGBTQ. The problem is, in this instance, those letters don't stand for what they usually do and some people find the underlying message offensive.
Belle's Smokin BBQ began promoting a T-shirt with the words "I Support LGBTQ: 'Liberty, Guns, Bible, Trump and BBQ.'
"I posted the shirt today for new swag and it just went out of hand and it got blown up," said the restaurant's owner Jamie Smith. He's been traveling all over the state bringing his food to crowds for the past three years.
The post quickly went viral with many people sending messages of their own like: "simple bigotry. Sad commentary for business. Good luck going broke!"
Smith took down the message and replaced it with a statement, saying in part: "We apologize if we have offended any groups of people, organizations or individuals with our shirts. We respect all beliefs and lifestyles and want no ill will towards anyone."
Ariel Lewis, a local resident, said she's strongly against the use of this shirt.
"Wearing that shirt is (bleeped profanity) offensive," she said.
Lewis said she hasn't tried Belle's Smokin BBQ yet, but now has no plans to.
"I ain't never going to try it. I'll make my own," she said.
Other people in Williamstown said they plan on continuing to support the family business.
"If I see the food truck, I'm going to stop by and get some food it sounds really good," said resident Zach Walters.
"At the end of the day, we have to stand for what we believe in and like I said, if I offended anyone that wasn't our intention but it was just a play on words," said Smith.
According to WXIX-TV, the restaurant is still selling the T-shirts.