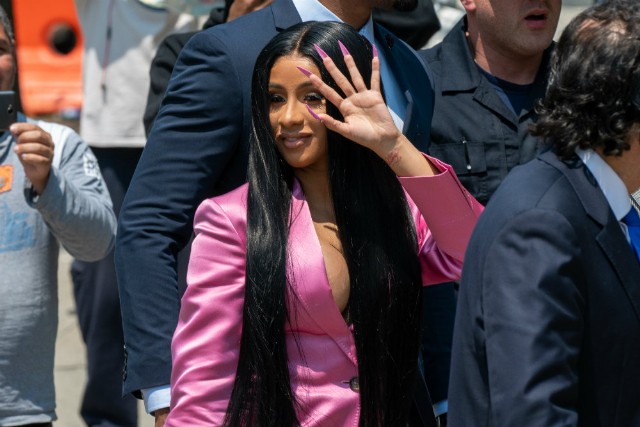 Cardi B now indicted by a grand jury on 14 charges, including two felonies, related to an assault talking place in Queens at a strip club in August of 2018. The rapper rejected a plea offer from prosecutors who cautioned that the rapper should go to a grand jury if convicted. The charges against Cardi B were unsealed Tuesday morning at her arraignment. If Cardi B had accepted the plea deal previously, she would only have had to plead guilty to one misdemeanor charge in exchange for a conditional release.
The rapper’s legal troubles stem from accusations made by Jade and Baddie Gi, two two sisters who bartended at Angels Strip Club in Queens. The sisters claim that Cardi B incited her entourage to throw chairs and bottles at them. Offset, a member of Migos and baby father to Cardi's daughter, Kulture gave a reaction to her indictment and did not go into further detail on the incident in term of keeping the situation confidential and out of the way of the media.