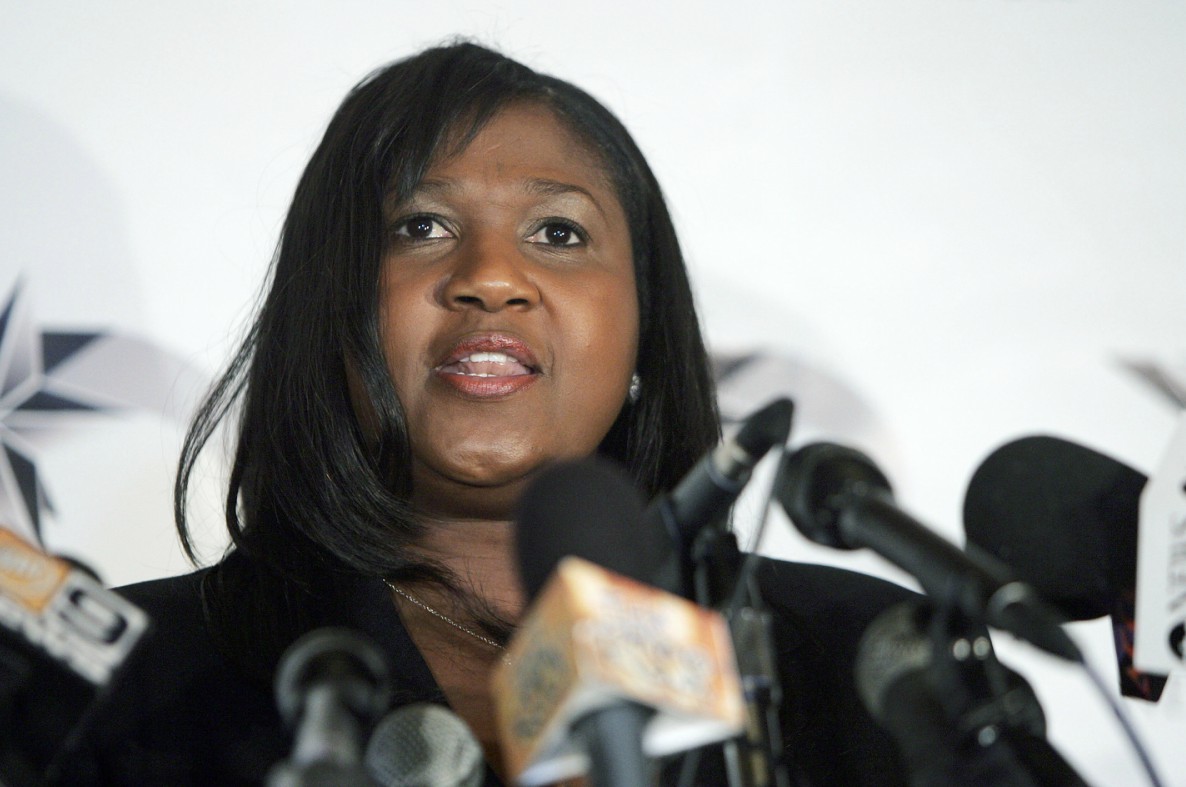 R&B singer Usher's mom has been on her grind, growing her own catering kitchen, and now her famous son is helping her grow a food startup in Atlanta.
Three years ago, Jonnetta Patton launched a shared kitchen in Doraville, Ga., that allowed independent chefs to try out recipes and receive business support. Now, Patton is becoming the first Atlanta-area partner for Hungry, which connects chefs from her kitchen to catered events in the area.
Artists Usher and JAY-Z Invest in catering startup, Hungry
Hungry is based in Arlington, Va., and already has spread to Washington and Philadelphia, the Atlanta Journal-Constitution reports.
Patton told the news organization that she called her famous son and asked him to invest in the startup.
"I did say to him, 'You need to invest in this in the beginning because it's going to be really big,' and he trusted me," Patton said.
Other celebrity investors for Hungry include Jay-Z along with Tom Colicchio of TV's Top Chef.
Hungry already has lined up 20 chefs available to work Atlanta-area events. All of them work out of Patton's kitchen, which is called J's Kitchen Culinary Incubator. Hungry handles all the other parts of the business — delivery, setup and cleanup, the AJC reports.
Hungry CEO Jeff Grass said that until now, Atlanta had the talented chefs but few avenues to get them to the people who need catering.
"They're sort of untapped," Grass said. "It's hard for them to go into business." Why people like it when Usher turns his back to them
Patton said her celebrity son seems happy with how the business is going.
"He's been calling me (saying), 'Mom, this is looking really, really good. I'm really proud of you and what you're doing,' " Patton told the AJC.
The startup also is working to give back to the community, Patton added. For every two meals sold through Hungry in the Atlanta area, a third meal is offered to someone who is in need.
Hungry got started with about $8 million in initial funding, according to the AJC.