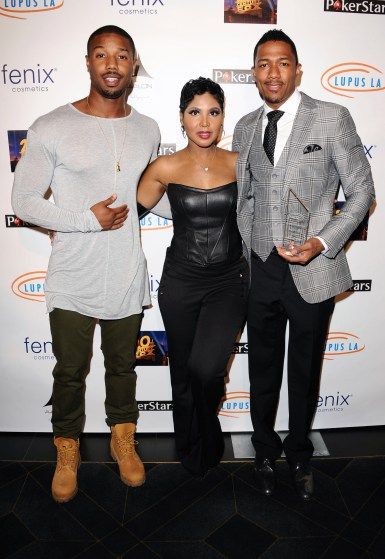 Nick Cannon Michael B. Jordan and Toni Braxton were seen together for a cause to raise funds against Lupus among young children and young adults.

The money raised is for treatment and research of how to treat Lupus. Nick Cannon (currently the host of The Masked Singer & Wild 'N Out) had just recently acquire rights for his improv comedy show for VH1.

Michael B. Jordan is currently filming multiple roles in television and film while Toni Braxton (now girlfriend of Bryan "Birdman" Williams of Cash Money Records) has been touring and performing her records while at the same time taking care of her sons one of them being diagnosed with Autism.