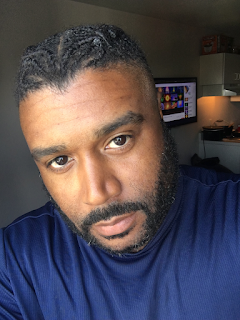 Itisis is an experimental producer from Kansas City, Missouri. Born in May of 1994 who also started a company with the intent to serve as a umbrella for the inner city youth as an alternative to the street life.  During this period Itisis started out doing videography for weddings, film production for celebrities and other projects.

From first impression, i was really blown away from Itisis track, "Serve Won"; while listening to the music, i felt inspired by the vibration of the instruments of choice. Knowing his background really tells me more about the mindset of this pioneer while creating music. His tunes reflects positivity in the highest form; the rhythmic patterns from instruments such as the Xylophone takes the listener to a magical kingdom. I believe the mixing is extraordinary and the acoustics of the drums really stand out in the audio presentation.

the background warping synth gives it an underwater feel and reminds me of great artists like the Gorillaz Kid Cudi and Pentatonix. Instrumental music can sometimes be overlooked but Itisis can surely grab your attention from the first listen.
The track entitled "Love Theory" brings forth a heavenly sounding piano backed with percussion from the drums. In the aspect of vibing out to the riff of the beat, i can see a crowd of people appreciating a performance live in a complex dome or even an outside venue. "Love Theory" also has a hidden truth behind the concept of love as the universal meaning is expressed through creativity originality and more importantly taken well with time.

if i had to rate Itisis' music, I'll give it a 8 for authentic design great acoustics & transition of arrange sounds.