August 29, 2019
President Donald Trump says that Chinese officials called to restart talks amid an escalating trade war that recently sent markets spinning. USA TODAY
If President Donald Trump were able to actually order American business out of China, General Motors would take a massive hit.
Though most of its profits come from North America, the company makes 43% of its annual global vehicle sales in China.
"The number one loss to GM, if forced to leave China, is the loss of all the future growth potential," said Jon Gabrielsen, a market analyst who advises automakers and suppliers. "Since they already sold off their European operations ... GM would essentially be almost only a North American company."
The problem with that is that North America doesn't have growth capacity. China, already the world's largest auto market with a burgeoning middle class, does.
NYSE's reaction: Stocks climb after Trump says he's willing to reopen US-China trade talks
Opinion: Window closing on China trade deal. President Trump's negotiators must act.
In the series of tweets Friday, Trump said China has "stolen" vasts amounts of money from the United States for decades and it must stop.
"Our great American companies are hereby ordered to immediately start looking for an alternative to China, including bringing your companies HOME and making your products in the USA. I will be responding to China's Tariffs this afternoon."
What comes next? Oklahoma's $572 million opioid judgment against Johnson & Johnson
National security law

Saturday, responding to doubts and criticism, Trump tweeted that he has the authority to force U.S. businesses to leave China. 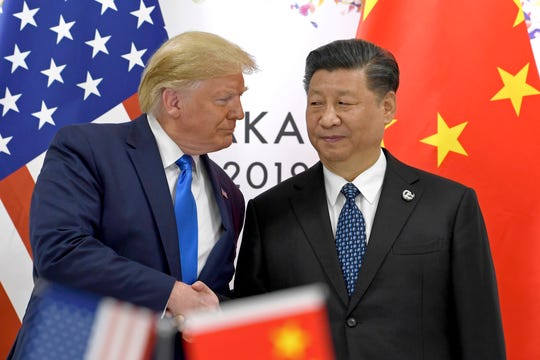 He cited the International Emergency Economic Powers Act of 1977, a national security law that has been used to target terrorists, criminals and outcast countries such as Iran and North Korea. Critics say it is not meant to target a major trading partner over a tariff dispute.
Leaving China would wreak havoc on GM's globalization strategy and ding profits. In 2018, GM China contributed $2 billion to the carmaker's bottom line.
GM issued a statement in response to Trump's tweet:
"We support a positive trade relationship between the U.S. and China, and urge both countries to engage and pursue sustainable trade policies. We continue to believe both countries value a vibrant auto industry and understand the interdependence between the world's two largest automotive markets."
The Alliance of Automobile Manufacturers had no reaction to Trump's tweets, but had issued a statement in response to China's latest tariffs on U.S. imports:
"We believe that move is unfortunate for consumers and the entire auto sector. We think customers win when trade barriers are lowered. And we know that the auto industry can thrive when there's a robust and competitive trading environment between two of the world's largest economies. Automakers encourage all parties to take actions leading to a healthy trade relationship between China and the United States."
Nine Southern states affected: Over 20,000 AT&T workers went on strike over the weekend
The unthinkable

Trump has used threats to negotiate with foreign powers before. In May, Trump tweeted that he would impose escalating tariffs on Mexico "until such time as illegal migrants coming through Mexico, and into our Country, stop" seeking to pressure Mexico to block migrants fleeing Central America to seek asylum in the United States. Some American automakers could have lost billions if that tariff had happened.
"It's highly unlikely GM exits China," said David Whiston, equity strategist of U.S. autos for Morningstar Research Services. Most experts agreed.
Whiston said Trump invoking the 1977 national security act "would be fought in court by every major American multinational out there."
Marina Whitman, retired professor of business administration and public policy at University of Michigan, said "there appears to be disagreement as to whether President Trump can force companies to leave China or not."
But, she added, "I can say with some confidence that if he were to try to do that, he would be hit with a barrage of lawsuits and a lengthy legal wrangle. He'd be using that power in a way it was never used before. The result would be horrendously expensive to companies."
Trump's threat is more likely a negotiating tactic, similar to the threatened tariff on Mexico, to get people's attention, but, she said, "What it really does is increase companies' uncertainty of the future … which has a negative impact on the U.S. economy."
Indeed, GM said its business in China repatriates money to the United States by paying the company a dividend of about $2 billion each year. Also, many of the vehicles sold there are designed and engineered in North America, which boosts employment, a GM spokesman said.
David Kudla, CEO of Mainstay Capital Management, which manages $2.5 billion, said if the threat is taken seriously and became reality, "What would it do to a company like General Motors? It would wreak havoc."
GM has been putting together a "globalization strategy" for decades and China is a big part of that plan, said Kudla. Plus, GM has sold more cars in China than it has in the United States since 2012, he said. Last year, GM sold 3.6 million vehicles in China compared with about 2.9 million in the United States and 3.5 million in North America.
Botox burglar: Cameras catch saw-wielding woman break into Botox clinic to steal anti-aging products 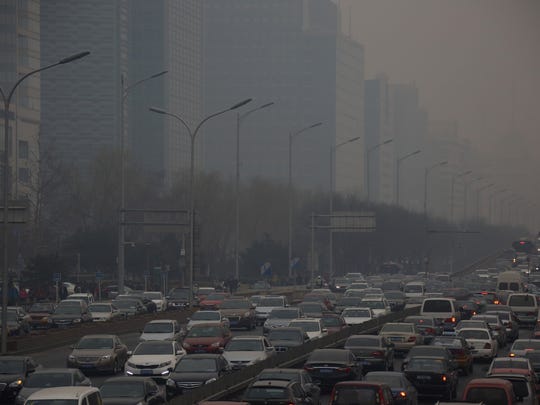 "It is the largest market for GM," said Kudla. "GM plans to introduce more than 20 new or refreshed models in China in 2020 alone. So to pull out of China is unthinkable."
But if GM operated only in North America, it could still prosper because it makes a bigger profit on each vehicle sold here than it does in China, Kudla said,
"Most of their profits still come from North America," said Kudla. "But they are in a growth phase in China and want to penetrate that market. They've had a very a good strategy. I'd hate to see it compromised."
Exposure in Asia

GM is different from most other companies in its China exposure. GM's joint ventures mean there's no revenue from China and all the results are under the equity method, said Morningstar's Whiston. So GM only recognizes the after-tax income of China's share in GM earnings each year, Whiston said.
"Volume wise, GM is China's largest market with China unit sales making up 43% of GM's global unit sales," said Whiston. "These GM joint ventures are self-sufficient though and don't suffer much from the Trump China trade dispute." 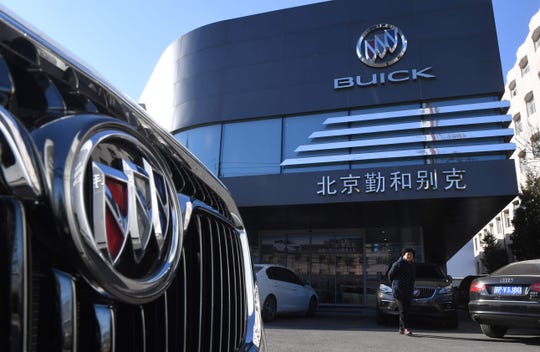 A woman stands outside a Buick showroom in Beijing on December 15, 2016. (Photo: GREG BAKER, AFP/Getty Images)

There is one exception to that: the Buick Envision SUV, which is sold in the States but made only in China. Still, finding a solution for one vehicle would hardly lead to company ruin, Whiston said.
The bigger concern is the impact on the future.
"I don't think it would bankrupt GM – the vast bulk of GM's business is in North America," said Michelle Krebs, executive analyst for Autotrader. "But China remains the potential for growth."
Follow Detroit Free Press reporter Jamie L. LaReau on Twitter: @jlareauan.
Autoplay
Show Thumbnails
Show Captions
Last SlideNext Slide
Read or Share this story: https://www.usatoday.com/story/money/cars/2019/08/27/trump-china-talks-general-motors-would-lose-billions-if-ordered-out/2128709001/