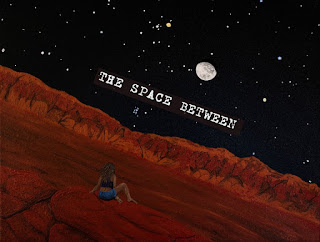 Molly Shuvani brings a certain honest rawness to piano driven indie pop with her The Space Between album release. Her single, "We Are" is something you could swear you've heard in a film at some point. Vocally catching, the song grabs your attention and doesn't let go.
Molly Shuvani spent her days as a child singing her heart out. As she grew older, she joined the school choir, took vocal lessons, and eventually went on to study Jazz Performance.  Although she loved all of these things, they didn't give her the right environment for her own creative flow. Eventually, the songwriter packed her bags and traveled the country with friends. Playing in the streets and bus stations of wherever she landed, she gained money for gas and food, along with a new found passion for live performance.

After stepping back into somewhat “normal” life and society, Molly began teaching herself to record on her own as she wrote more material. Realizing after some time that she had enough songs to release an album, she decided to do just that. It was then that The Space Between was finally born. A reflection  on many chapters of her life, it is a body of work she is proud of.
ere is where you can find out more about Molly:
H