Rio Glacier - Nobody Loses Everyday but He Wins - #Flyah Review 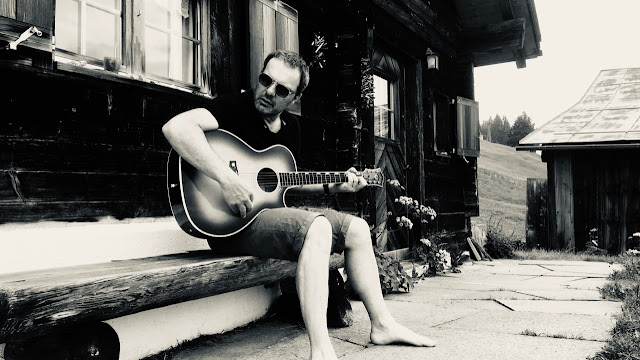 Born in the winter of 2018, Rio Glacier began its journey into the unknown. As a result of the first tentative steps the single Ballerina appeared. A song written for Van’s oldest daughter who was on the verge of following her own path. One ear later, single N°2 The Evening Is A Robber and N°3 Drive followed the first one. The steps became more certain, safer, more confident. In the summer of 2019, RG released its first album Out Of Tune, an EP containing five songs about the dichotomy of life, not about Good and Bad, Black or White but about the things in between. Fascinating things. Things which the concrete heads of this world would love to drown. Currently, RG is recording its next album which is to appear at the end of 2019. For this purpose, Van Vogt, head and founder of RG, has retired to a secluded cabin in the alps to concentrate on writing his new songs.
At the moment Rio Glacier is on tour as a trio. Van is being accompanied by Lukas Stalder (Guitar) and Heinz Morf (Bass).

When listening to Rio Glacier's "Out of Tune" single, I felt uplifted as I was living a cowboys dream. The strumming of guitars keeps a steady beat while the voice makes the listener float on a musical high. The lyrics are very deep and descriptive of a relationship that was once close but the other has drifted off on a separate route to living large. The one line "I'm coming down like a feather" brings you in the mindset of a strong man that has too much pride to let go and let the emotions overwhelm him.

On the "Nobody Loses Everyday" song, Rio Glacier illustrates the picture of circumstances of losing everything you got. We all have ups and downs but its the challenge of maintaining or strengthen through time is what keeps us going. Rio depicts the concept behind the song's title; there's a bright side to the story as it continues on how one can find God on TV and happiness is expressed. An introspective view on two tales that center around life; a learning experience indeed we all can be taught.

Overall, the influences i get when hearing Rio Glacier are of Kenny Rogers Willie Nelson & John Mayer. The music is worth listening multiple times and the lyrics are emotionally driven with passion; it sounds like a blend between indie rock and blues. the instrumentation on all three tracks were calming while having a clear vibe.

If i had to rate Rio Glacier on the scale of 1 to 10, it will be a 8 on performance poise warmth and humbleness.