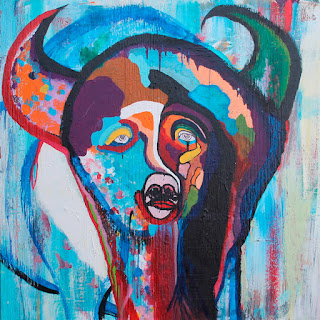 Modern Water just released an LP that really builds off that 80's alternative  pop foundation we all know and love. The thing is, these guys really do well. Right down to the production and feel. The way chords are strummed, that classic guitar effect and atmosphere that makes you feel like a teenager again when you hear it. Then, they sort of take all of that perfectly done vintage alt pop sound, and they start adding a more current indie rock style over it with hooky guitar parts that get you whistling the melodies locked in your brain long after the track has ended. Some tracks even touch an almost post punk style and really drive it home.

The album is called First Light in the Uncanny Valley, and once you hit play, it's incredibly hard to not go through the whole thing in one straight shot. All in all, it's not something that feels like it's from this decade until that's what it wants. And that's not easy to accomplish. The "Lamplight" single is a great example of that, but instead of describing it to you, it's better you go ahead and listen to it here.