- October 29, 2019
The fiery deliberation around the list sent hip-hop heads butting everywhere. Amended Top 50 Rappers rankings cropped up afterward and fueled more disputes among fans, including one from T.I. and Hot 97's Ebro Darden and Paul Rosenberg.  Aside from the names on the list themselves, many hip-hop fans also objected to the qualifiedness of the creators behind these lists.


In 2019, Common is unarguably one of the most qualifiable rap veterans to speak on the current state of the genre. 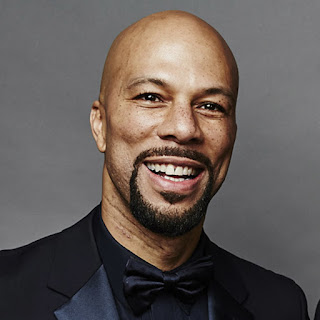 Preceded by his esteemed legacy of three Grammy wins and 16 Recording Academy nods, applauded hip-hop activism, widespread music industry reverence and his own record label imprint, the treasured hip-hop Chicagoan released his twelfth studio album, Let Love, in August 2019. Simultaneously, this month marked the onset of the internet's viral Top 50 Rappers Of All Time debate, triggered by an indiscriminate tweet from "The Brew Podcast".
After chopping up hip-hop lyricism with Common for BET Digital's Rate The Bars, we felt it was only right that he share a word on the debate, too. We spoke with the iconic Chicago lyricist on the existence, importance and impact of bars in the modern age of hip-hip music and what it takes to land a spot on anyone's Top 50 Rappers list.
Recently, Tyler the Creator explained that bars are less important than beats and melody. But, not in a sense that they don't matter. They just come last in his creative process. Do you agree with this formula?

Common: Well first, I think Tyler is dope, so whatever he's doing, I like it. His last project—that Igor joint—was creative. I can understand where he's coming from as a writer because he's probably really approaching it beyond being an MC. He's like, 'Yo, I'm a musician, so I'm going to write this song with this melody because I'm making songs.'
The essence of emceeing, and lyricism and rapping is about bars. It's about having lyrics that impact the people and make people go, 'Oh, sh**!' or, 'That was incredible!' or, 'That touched me!' That's one of the pillars when it comes to rap that I still think is valid. It's the reason why Kendrick Lamar translates to any generation, any nationality and any country. He's appreciated for his lyricism and what he brings. I think Noname is dope to me because she's poetic with her lyrics. It's artists that approach music in a different way, and they may not be trying to be the dopest MC...but they might write songs more than verses and lyrics. I'm a believer that lyrics in hip-hop will always be something that—for as long as people rap—so long as you say dope lyrics wherever you go, that will impact people.
With that said, do you believe bars are as important in this current era of rap as they were in the earlier hip-hop generations?
Common: I do believe that bars are just as important, at least in my eyes and what I listen for. Hip-hop has evolved. I think that the new generation of hip-hop has put less emphasis on bars—not everyone—because there's so much access to other ways of doing it. So, bars have become less important overall with what people receive in the music and what they rock to. But, when the artists with bars do stand out, they get celebrated as the top of the crop. I think it's still ultimately valued because the new generation loves and turns up this music, but these are some of the people who [stand out] as the most talented...so, I do think bars are important in this era, but maybe not as important as they were in the late '80s and early '90s.
Everybody in that era, however, didn't all have bars. Some people were just stylin', and that's what we have now, too. Some people just can style, and it's dope. That's one thing we don't get into the discussion of when it comes to hip-hop, or artists and lyricists. Yo, some people's style makes them even doper, and that's a skill in and of itself. Consonant MCs have style, lyrics, voice.
Like, a Young Thug?
Yeah. He's got styles to it. But, I can cite MCs from the '90s who had style, like Buckshot. He had lyrics too, but it was style to him. Same with Grand Puba. He was one of my favorite MCs. He had a voice and a style to him. I think that's something we overlook when we talk about lyrics and bars.
There's been several "Top 50 Rappers" list popping up around the internet and sparking intense debates among hip-hop heads. In your opinion, should lyrical quality be one of the key factors when considering rappers that belong on those lists?
Oh, yeah. For sure. Lyrical quality is one of the attributes that should land you there. I mean, everybody has their own list. Quality says it all. If you ain't got lyrics, how could you be in the top of anything? That's in any facet of anything in life. If you have no lyrical quality, you can't be in the top. There has to be something you offer that's unique and has substantial weight to it. That means I should be able to hear one of your songs 20 years from now and be like, 'Man, that was dope.' It should stand the test of time.
I can listen to [Eric B. & Rakim] 'In the Ghetto,' and be like, this is one of the greatest. I'm not putting this on the same level, but it's how I can also listen to Dr. [Martin Luther] King's 'I Have A Dream' speech and it still resonates. I can read some James Baldwin and it still resonates. I listen to Nas's "New York State of Mind" and it's one of the greatest things. You can hear anything off of Kendrick's Section.80 and it resonates.
My point is, that lyrical quality is what takes you to the next generation. Look at how many MCs we've heard who we love for that moment, but then, the next year you're on to the next "hot" person. So, what do you do that becomes timeless? There has to be quality in the lyrics.
*This article has been condensed for clarity.