JoJo's 'Sabotage' Is For Anyone Who Knows They've Screwed Up Relationships

- October 29, 2019
JoJo's new era is rolling right along! The singer returned earlier this month with "Joanna," a brutally honest number that acted less as a single and more of a mission statement for her next chapter. Now, we've gotten the first official taste of her upcoming fourth album with the equally raw "Sabotage."
The soulful confessional finds JoJo holding herself accountable for her behavior in past relationships and second-guessing if she did her ex wrong. "Every time I hear them talking 'bout you / I wonder, did I play myself / And sabotage love?" 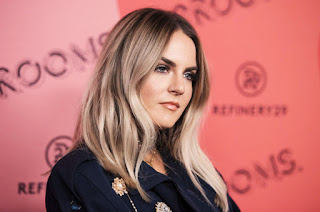 she wonders over a mellow, groovy beat. Buzzing rapper Chika lays down some introspective bars of her own, admitting, "I'm not a saint, but damn it if I don't come with confessions / It's easy to block our blessings, mistakes are for learning lessons."
There's something beautifully old-school about "Sabotage," and it's refreshing to hear a pop artist really dive into honest self-awareness. Take a listen to JoJo's latest release below.
After the single's arrival on Friday (October 25), JoJo took to her Instagram Story to reveal that she's shooting a music video for "Sabotage," teasing that it's going to be "really emo."
The singer also reflected on her new track in a statement, explaining, "A lot of people self-sabotage... I tend to do it in romantic relationships. And I think most of it roots to fear â€" fear of being inadequate, fear of getting hurt, fear of rejection, fear of not measuring up. This song is about asking a lot of questions, dealing with shame and embarrassment, and really just owning up to certain patterns."
JoJo is currently readying her new album, the follow-up to 2016's Mad Love, for a 2020 release. It marks her first project since signing a new record deal, and also signifies a long-awaited new chapter of artistic reinvention for the veteran vocal queen.