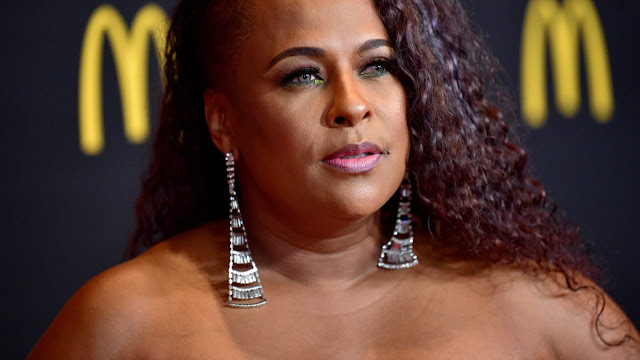 Since the Grammys first introduced an award for Best Rap Performance in 1989, just two of its recipients have been women.
Rap icons and industry pioneers Yo-Yo and Da Brat look back at challenges faced by hip hop's women artists in this clip from Sunday's new True Hollywood Story, which will explore some aspects of sexism and sidelining amid a historically male-fronted music scene. "Hip hop female artists continuously reinvent themselves," Yo-Yo, a 1996 Grammy nominee and longtime female empowerment advocate, tells the camera. "You have to constantly stay hot or they move on to someone else."
Da Brat agrees that "you're expected to look a certain way" and "they want you to be beautiful," something she notes isn't true for men in similar positions. "Look at Biggie and Heavy D," she bites, going on to say that as a woman trying to hold her own in the hip hop space, "You always want to be f--kable."
In addition to recounting their experiences with sexist beauty standards, Yo-Yo and Da Brat share their thoughts on the early 2000s, a critical time for women in hip hop.
After decades spent making bangers that never seemed to earn them recognition the way it did their male counterparts, women rappers finally saw an opportunity for more equal ground in 2003, when a new accolade for Best Female Rap Solo Performance debuted at the Grammys.
"It was amazing when they finally gave women a solo category because we stand alone," recalls Da Brat, a two-time nominee. But the distinction only existed for two years (Missy Elliott, whose anthem "Get Ur Freak On" first won her the non-gendered title in 2002, took home the award for Best Female Rap Solo in 2003 and again in 2004) before the Academy did away with it due to "lack of releases" by artists who qualify.
Commenting on the reversal, Yo-Yo, who "sat on the board for the Grammys," says, "You know, no disrespect to them at that time, but they knew little about women in hip hop. And so I don't think they valued it that much."
Hear more from both women in the clip above.