'The Batman' star Robert Pattinson on his 'cool' Batsuit, not facing Joaquin Phoenix's Joker and the horror of 'Lighthouse' flatulence

With Zoë Kravitz and Paul Dano in place as Catwoman and the Riddler, respectively, Batman is going to have quite the rogues gallery when he rejoins the DC Extended Universe in 2021 in the form of Robert Pattinson. The one villain the new Dark Knight definitely won't be meeting, though, is Joaquin Phoenix's Clown Prince of Crime, who is currently making a killing at the box office in his controversial solo movie. Joker director Todd Phillips has already said that Phoenix won't appear in Matt Reeves's The Batman, and Pattinson confirms as much to Yahoo Entertainment while talking about his new movie, The Lighthouse. "It's kind of a different world," the actor says of Phillips's film, adding that he still hasn't seen Joker. "I might watch it tonight! Joaquin is the best — he's awesome in everything."
For the record, Pattinson also claims he hasn't seen the final version of his new Batsuit, which is still hidden from public view in Warner's Batcave. "Matt has got a really awesome idea about it, " he allows. "I think this thing is going to be very, very cool." He's fortunate to have received some costume advice from none other than Dark Knight trilogy architect, Christopher Nolan; Pattinson was shooting his role in the director's next movie, Tenet, when he officially became the latest Batman this past summer. "Chris told me a little bit about how to get the camo off my face — that amongst other things," he teases. 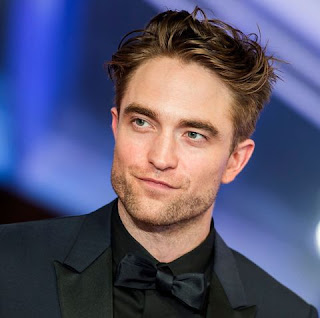 Seagulls, rather than cats or riddles, are Pattinson's main antagonist in The Lighthouse, the sophomore film from Robert Eggers. Like the director's previous feature, 2015's The Witch, The Lighthouse is a horror-laced period piece that unfolds in a largely isolated location, in this case on barren spit of land seemingly at the edge of the world. It's here that veteran lighthouse keeper Thomas (Willem Dafoe) arrives with his new assistant, Ephraim (Pattinson), who has difficulty adjusting to the solitary nature of their existence, to say nothing of the harshness of the conditions. As the rough days give way to cold nights and the noise of the gulls — not to mention Thomas's frequent farts — echoes in his ears, the young man allows his grasp on sanity to steadily loosen. Pattinson talked to us about how Ephraim's costume helped him get into character, and why he'd love to make a horror movie like The Cell.
Related: Robert Pattinson, Willem Dafoe Discuss Horror Film
Yahoo Entertainment: Going in, I didn't know quite what to expect from The Lighthouse, but I certainly didn't expect it to be as funny as it is. At what point did you realise it's essentially an odd couple comedy?
Robert Pattinson: I mean, the script was hilarious, but then I've learned many times over the years that my sense of humour may not necessarily be everyone else's sense of humour. Or may not even be humour at all! I always get a little bit worried if I think something's funny. [Laughs] When I first watched The Lighthouse, I could hear the audience laughing and it was such a relief. At the same time, I was genuinely shocked how easily they were able to laugh at it!
As soon as we were rehearsing it was really funny. The first time I saw Willem in full costume with his fake teeth was hilarious. [For our first scene] we were sitting across from each other eating, and there's just bits of stuff flying out of his mouth! So the humour was quite natural. But Robert's a really funny guy as well, and he takes a perverse glee in the crazy parts of the script, which made everything easier.
I'm a sucker for a good fart joke going back to Blazing Saddles, and excessive flatulence is a big part of Dafoe's character. Was he farting on set or were those added in post?
We did a Q&A recently and somebody him that. He said, "Half and half." I never heard him, so if he was doing them on set, they were definitely silent. [Laughs]
You've worked with director like Eggers and David Cronenberg who have made legitimately terrifying movies, but the films you've been in aren't traditional horror stories. Is that something you're curious to do: make a full-on horror movie?
I think so. The thing is, I get r eally frightened at horror movies. I'm incredibly squeamish, so maybe I've been avoiding it because of that. I like using certain elements of horror. Especially now, it seems like horror seems to be the only genre where you can be pretty experimental and they'll get into theatres. In that way, it's really the most innovative genre at the moment. And there's something subversive about the genre itself: you're making entertainment out of killing people, so you can stretch that premise into a lot of different areas. I'm sure at some point I'll want to do one. I've always loved The Cell. I'd absolutely love to play a part like that.
Story continues

Are there other horror films that have really scared you?
The Exorcist is probably my favourite movie. I'm not particularly interested in doing a horror movie that knows its a horror movie, and I feel like The Exorcist is the reason for that. I find it so scary because it invests so much time trying to make you believe it's real at the beginning, and that always stuck with me. All the stuff in Iraq was so brilliant, and it's stayed with me forever. I've always thought The Strangers was very scary as well for a similar reason. It starts out as a well-acted relationship drama, and stayed in the world for a really long time before becoming a horror movie. I love a genre switch, and I always think that's a great niche.
Another common thread I've seen running through your recent films like The Lost City of Z, High Life and The Lighthouse is that you're playing characters who are exploring remote locations on Earth or in space. Do you share that restless spirit?
I was reading something the other day about exploration, and I definitely thought that if I was around in those times that's what I would be doing. But in reality, I'd probably have ended up doing whatever the equivalent was of sitting around and looking at Instagram. [Laughs] There's a part of me that loves that sort of fantasy, and I think it's also part of the p erformance that appeals to me. You're putting yourself in an environment that you can't be forced to pull yourself away from.
You mentioned Dafoe's costume — how did your own help you get into character?
I remember when we first tried them on that I found them very beautiful. That world is romanticised in a lot of ways, and even when we were shooting, it looked like an idyllic paradise. It was only when they were shot through these filters that they appeared grimy and grainy and dirty, and suddenly they took on a completely different life. But everything was pretty much what those two guys would have been wearing at that time. And when I was walking into the ocean with the uniform on, it was kind of incredible. I was wearing something made out of wool and was literally underwater! As soon as you get out, you're not that cold considering that it was Arctic temperatures. Even if you got one those fancy cold weather gear coats that they have now, it wouldn't compare to the kind of protection from the elements that a wool suit would give.
You gave an interview where you talked about almost wanting to punch the director after you got sprayed with water multiple times from a fire house. The Lighthouse sounds like a difficult shoot in general — did that help your performance?
I think that Robert got upset with me saying that, even though I was obviously joking. [Laughs] The thing with the fire hose happened because the rain wouldn't show up [on film], and we needed a lot of water coming across the lens. I didn't even realise it was a fire hose at the time — I thought it was a rain machine. I couldn't even open my eyes! But it's more fun when someone's pushing you. The only times I struggle on a movie set is if someone doesn't really know what they want and they're wishy-washy about their decisions. That can be incredibly frustrating. Also, just waiting around and the enormous amounts of repetition. Whereas if you're doing like The Lighthouse, it's so visceral and extreme and you're bein g pushed all the time so there are a million things to react to. Outside of the camera being there, we're essentially living that story. You appreciate it afterwards, because you feel like you've done a Tough Mudder run. I felt incredibly relaxed at the end of the day from totally exhaustion. I slept very well every night of The Lighthouse!
The Lighthouse is playing in theatres now; visit Fandango or Atom Tickets for showtime and ticket information. Watch the trailer: