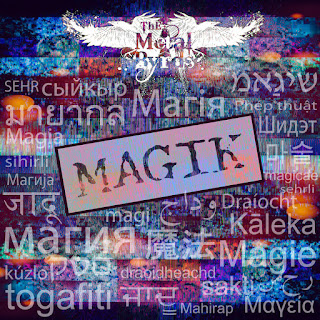 To try and describe the music of The Metal Byrds isn't difficult. It's hard hitting, guitar driven, soulful Rock N' Roll. But to just say that doesn't do the band any justice. Or at least not enough. It's been sometime since we've been awestruck by a real guitar solo. But here we can see the time of seasoned players is coming back. Gorgeous vocals from front woman Suzanne Birdie along with a powerhouse of guitars from Sly Rye Dovey prove as a matter of fact, that it's time we had some real rock back in the music scene.

Lets start with the newest single release from the band. It's called "Magik" and straight off you're attacked by blistering guitars and memorable vocal melodies. It's hard to let go once you've started in, and it's quite the ride.

Other single releases from earlier this year include "Double Crossed" and "Relentless" both great examples of where this band is headed, and of what we have to look forward to. Rock fans be ready, The Metal Byrds are here to stay, and we're thankful for that.