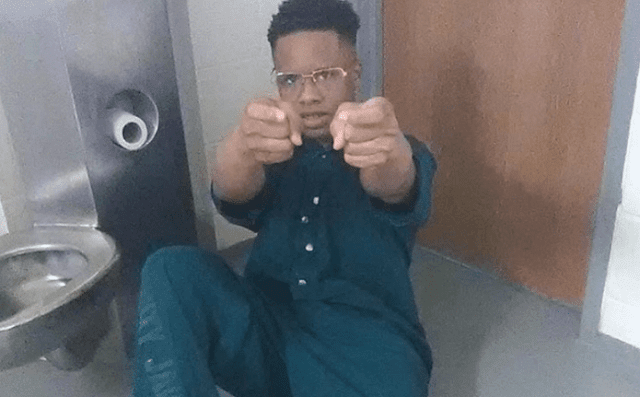 Already convicted and sentenced for one, Tay-K has now been indicted on a second capital murder charge, the Texas district attorney’s office states.
Rapper born Taylor McIntyre, was charged for the shooting and killing of Mark Anthony Saldivar, 23, during a robbery in April 2017. The Bexar County District Attorney’s Office states Tay-K was 16-years-old at the time he shot the victim.
On the first conviction, Tay-K was sentenced to 55 years in prison. The hat conviction was for the murder of 21-year-old Ethan Walker during a home invasion robbery in July 2016. He currently is in the Bear County Jail waiting on the second trial. For the crime, he was placed on house arrest but fled to New Jersey where he was captured, all while riding the wave of his hit song “The Race,” which was an ode to his dash across the country.