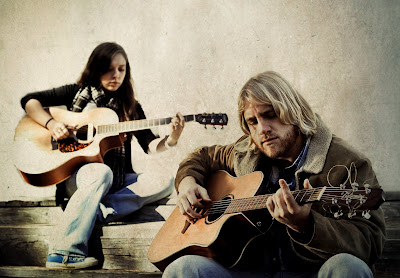 
Gibson Wilbanks is a band consisting of two singer-songwriters who had success as individuals before joining forces. Carly Gibson is a part of a rock band by the name of The Pussywillows while BJ Wilbanks is a successful solo artist. The duo first met at an open mic & then started to collaborate during the summer of 2011. Shortly after meeting, the two went on to write & perform together for years. The musical chemistry led up to the release of their self-titled debut project in late November which combined the genres of Blues, Southern Rock, Soul & Americana. They even started a crowdfund to help finance the album!


The Atlanta based couple started the album off by letting Carly do the heavy lifting on the opening track titled “Ain’t The Same” with BJ supporting on the harmonies. This track is a perfect introduction to the band. 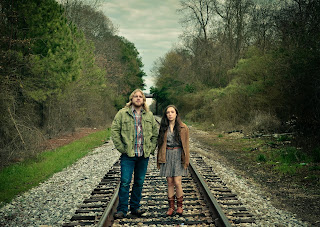 BJ’s voice draws you in immediately from the first note on “Steady Groove.” His voice is amazing! BJ’s tone is very smooth and demanding! Carly’s voice compliments BJ’s well for a perfect mesh of harmonies! The chorus on “Steady Groove” is infectious.
“Oh Sweet Baby” is a romantic confession of love towards each other by the couple. BJ delivered a very soulful performance on “Walk Softly On These Blues.” The next track “Green Grass & High Tides” was the most unenjoyable song on the project. This could be a sequencing issue but I’d say the project is solid without looking at the album sequence. “I Don’t Think About It” is a great song for the crowd on the dancefloor! A live performance of the song would be a sight to see! The last two tracks “The Great Escape” & “All I Need” were the perfect songs to end the project with as they leave the listener on edge waiting for what’s next!
Overall, “Steady Groove” was the highlight of the album for me! The band stayed true to their self-proclaimed style of “back porch soul” which will surely carve out a lane for them. Anyone who supported the crowd fun for the album should be happy with the final product.